The Los Angeles County Board of Supervisors Tuesday formally established a civilian panel to oversee the Sheriff’s Department, appointing nine commissioners and an executive director.

Supervisor Mark Ridley-Thomas, an early champion of public oversight, said creating the Civilian Oversight Commission is “one more step in the movement for reform, a very important step’ that has been years in the making.

The Citizens’ Commission on Jail Violence issued its final report more than four years ago and the board voted to establish a permanent civilian oversight panel in December 2014. Earlier efforts toward such a panel failed to pass until Supervisors Sheila Kuehl and Hilda Solis joined the board.

Mark-Anthony Johnson of the Coalition to End Sheriff Violence voiced concerns about the composition of the commission, including the fact that some members previously worked in law enforcement.

The choices (raise) concerns about how far we will go” to bring the community to the table, Johnson said, telling the board his coalition was “celebratory today, but also with a clear eye and a sober eye.”

Ridley-Thomas hailed the “stellar group of individuals” who are “diverse” by way of gender, discipline, age and geography, while some activists said it does not include enough people of color.

The Los Angeles Times editorial board noted that the board includes only one Latino commissioner, Hernan Vera, and no Asian members.

“The commissioners-to-be are impressive and capable, but taken together the panel perpetuates the county’s continuing failure to give adequate voice to crucial portions of the population directly affected by law enforcement, crime, incarceration and lack of mental health and reentry services,” according to an LAT editorial published Tuesday.

— Robert Bonner, a former prosecutor and judge who also served on the CCJV;

— Patti Giggans, executive director of Peace Over Violence, which works to prevent domestic and sexual violence; and

Johnson praised the inclusion of Ocen and Miller.

The board also formally appointed the commission’s executive director, Brian Williams, who served as deputy mayor for transportation in James Hahn’s administration. His resume also includes a stint as the chief law enforcement liaison for the City Attorney’s Office, and he was formerly in private practice as a criminal defense and civil rights lawyer.

Williams will be a paid county employee at a salary of $190,284. The commissioners are not employees, but will receive a “reasonable monetary allowance” of up to $5,000 per meeting.

Williams told the board he hoped to see the Sheriff’s Department become a model law enforcement agency.

That may also take time, according to Inspector General Max Huntsman.

Since 2012, when Sheriff Lee Baca was still in office, there has been “a steady increase in the amount of violence in jails,” Huntsman told the board. That includes inmate-versus-inmate violence, where the increase has been most dramatic, as well as attacks on staff by prisoners.

Sheriff’s officials have largely attributed increases in the use of force against inmates to greater reporting of incidents in an environment of reform. Huntsman noted that despite increases, the use of force was typically less extreme.

“Very few of them result in injuries, so we’re talking about low-level force,” Huntsman said.

Deputy-involved shootings are down roughly 25 percent since the changeover in senior level management at the LASD, the inspector general said. Between 2010 and 2013, there were an average of 43 such shootings per year. In 2014, there were 33, in 2015 there were 34 and there have been 21 shootings through Sept. 30, with 19 hitting someone and 11 people killed.

The inspector general said he had been granted exceptional access to records and information by the sheriff’s department in investigating those shootings and other matters and downplayed the fact that the Civilian Oversight Commission will not have subpoena power.

“Subpoena power … would not get you past the various confidentiality requirements” imposed by law, Huntsman said.

Civil rights advocates have long argued for subpoena power, though the board does not have the authority to grant it without changing its charter and pushing for legislative changes at the state level.

Kuehl urged the commission to “demand information, demand the truth,” and to err on the side of disclosure when it comes to bringing matters to the attention of the board, adding, “Tell us, we need to know.”

The board’s vote was unanimous.

Following the vote, Sheriff Jim McDonnell issued a statement, counting himself among the early and vocal supporters of an oversight commission.

“The Board of Supervisors’ commitment to the advisory panel is a vote of confidence in the work already underway,” McDonnell said. “Los Angeles County elected us to lead, and together we shall. However, the burden is ours to demonstrate collaboration, willingness to learn and to not succumb to divisiveness. We start with a partnership built on trust, but a trust that must be earned every day.” 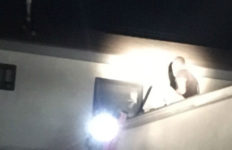 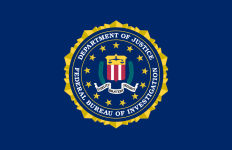 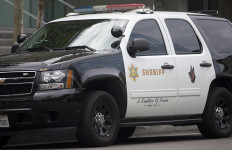