He lives in Brazil and made it possible for rapper Tupac Shakur to rise from the dead — at least virtually via social media.

A widely shared headline in 2014 said Shakur — slain in 1996 — had turned up alive and admitted he had been hiding. But Snopes.com busted the story. And it’s been busy correcting stories of similar ilk originating on sites created in Brazil by a 29-year-old former prankster.

Since 2013, Prank.link and its feeder sites fakeshare.com and feednewz.com have been hosting hoaxes and become the bane of celebrities like Justin Bieber and James Earl Jones — victims of death rumors and other made-up mischief.

Six months after first reaching out to the sites, MyNewsLA.com learned details from their founder — who answered questions on condition he not be named. “I’m not looking to get exposed,” he wrote. “I have more than one job, and I like to keep things [in] their place.”

Earlier, he said: “I feel sad when people come to ask me about the business and end up writing stories talking about the bad side about the jokes. I know saying bad things about people unfortunately can make you money, but that is not the aim of our business.”

Instead, he says: “The aim of the site is to help people [share] happiness through jokes.”

As a teenager, he says, he used to play jokes with friends. “At this age, this is real fun,” he said via email. “With the site, I found a way where today’s teenagers of all ages can share some jokes, using the Internet.”

The founder stresses that he isn’t making up hoaxes himself — he just gives others a platform to create false Facebook posts such as “All Taco Bells to close by June 1st” and “Bubonic Plague Outbreak Spreads in Illinois.”

The pranks are actually just the headline, says the founder.

“When the user gets to the page, it doesn’t have a fake story or things like this,” he says. “It prompts the ‘You got trolled’ message to the visitor. So people realize that it is a joke straight away.”

His most popular prank in English was “Tupac Shakur, now 43, comes out of hiding.”

In Portuguese and Spanish, the top jokes talk about U.S. visas, the founder says.

The site was the subject of a press release on PR Newswire, dated April 1, 2015, and headlined “Prank.Link lets you create the best April Fool’s Prank and share it.”

A spokeswoman for PR Newswire confirmed Monday that the press release was legitimate — having been distributed by ireach.prnewswire.com — a lower-cost service than the standard prnewswire.com.

Here is an edited version of an email exchange ending Feb. 5 — the founder’s first time talking publicly about his work.

MyNewsLA: Have you had any contacts with Facebook about these sites? Has Facebook warned you or tried to shut your sites down?

The founder: Not really. I think that if you have in mind that the links are actually jokes, they are a good thing for Facebook. People surf on Internet looking for entertainment, and Facebook is a source of it as we are.

What is monthly traffic on these sites — unique users and page views?

It depends on the links that are getting shared. It can go up to a couple of millions in a month.

Ashley Madison was hacked, causing great grief to millions of users. Is your site protected against hacking — and exposure of your users?

We don’t have user information stored.

Why is the domain name prank.link registered in Scottsdale, Arizona, USA — and not Brazil?

It is cheaper [in America]. I use a Brasilian reseller.

Have users been banned for breaking Terms of Service? If so, how many, and what were their offenses?

We have done different. We delete or change the jokes that have being denounced. Almost a thousand jokes have been deleted since we stared. We don’t have user accounts yet.

How many other sites of this nature (posting hoax deaths, etc.,) are you aware of?

How much do you make from your sites — monthly or yearly?

We are getting enough to have a team of three working for the website.

How do you respond to critics who question your sites’ ethics or morality?

We do not create any jokes/pranks on the site. They are all created by the users and aimed to the users. So the jokes mirror what people think in media. Also, the most clicked jokes are the ones with more appealing subjects among Internet users.

So, for me, the website reflects what is being media this days: Bad news. People create jokes about good and bad things. But the Bad-news jokes are the majority and receive more clicks. So people are interested in it — bad news. Like the ones about people dying or disasters. The same phenomena we see in newspapers.

What do you say to celebrities who accuse you of causing potential emotional distress to fans, friends or family?

People create the jokes. We advise the users, but it is impossible to prevent that some abuse is going to be made. So when we get the abuse reports, we analyze the jokes and delete or change them depending on the problem.

If any one thinks a joke should be removed, it’s all about reporting it on our site. (In fact, a James Earl Jones “death” note was removed when a representative of the actor contacted the site to complain.) We have created an integrated report abuse system so people can flag the bad jokes. We have also create an analysis system, where we can manually check every joke created, to minimize abuses. This one should be fully functional in the next weeks.

How long do you expect to continue operating these prank sites?

We are thinking of new projects. At least until we get a new successful case.

What national or international laws have you been accused of violating, if any?

We work hard trying to avoid bad use of our system. I guess we are not violating any law as we don’t create or share the jokes and we act to remove the bad content.

What sites do you admire most — of any style or subject? 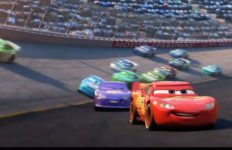 Tupac Shakur in Rock Hall of Fame? What would he rap?→