Along with Area 51 and other mysteries of the universe, the question has been out there: Did Yoko Ono’s affair with John Lennon spark the end of the Beatles?

Now, after five decades, Yoko checks in: “I had nothing do with breaking up The Beatles. And I think Paul [McCartney] is a pretty cool dude.”

Ono says that because McCartney supposedly ended the debate in 2013 with his comment: “She certainly didn’t break the group up. I don’t think you can blame her for anything.”

In an Al Jazeera English TV channel interview, Sir Paul also said: “John was just tired of the band’s unhealthy rivalry and wanted to go his own way. Yoko’s source of inspiration gave him the courage to face change.”

In a US Weekly column called “25 Things You Didn’t Know About Me,” Ono, 83, also fingered her favorite Beatles record, saying, “I don’t know if people will hate me for saying this, but I always preferred The White Album to Sgt. Pepper’s Lonely Hearts Club Band. Don’t get me wrong, I love Pepper’s too, but…”

ONO – Yes, I’m a Witch Too: Much more than just the woman who (didn’t) split up The Beatleshttps://t.co/lHhSSlC0JP pic.twitter.com/1y2rSsSTkO 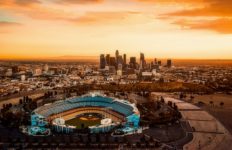