First Colin Kaepernick took a knee. Now he’s giving the NFL a knee to the groin.

The free-agent quarterback has filed a grievance against the league, saying teams colluded to keep him unemployed.

“The grievance was filed on Sunday under the league’s Collective Bargaining Agreement, according to a statement from Mark Geragos, Kaepernick’s attorney,” said CNN.

The statement said the grievance was filed “only after pursuing every possible avenue with all NFL teams and their executives.”

But Michael McCann, a lawyer who writes for Sports Illustrated, has laid out a brief on the hurdles Kaepernick faces to void the agreement, also known as a CBA.

“Under Article 17 of the CBA, the CBA can be terminated on account of collusion against one player if there is ‘clear and convincing evidence’ that 14 or more teams colluded against that player,” McCann writes.

“It could prove difficult for Kaepernick to establish that two or more teams colluded against to him. For him to then prove that nearly the half the league colluded against him seems even more challenging.”

Second, he said, a decision to seek termination of the CBA would require “complex and lengthy analysis” for the players union — the National Football League Players Association.

“Even if the NFLPA could terminate the CBA tomorrow, it might decline to do so,” he said.

Other coverage and commentary:

Kaepernick should submit the tape of Bortles' performance today as part of his collusion lawsuit.

I bet NFL owners are deleting emails this morning, like a Hillary Clinton intern‼️ ✊🏾 #kaepernick #BlackLivesMatter

Um, I think this might be Mike McCarthy's way of saying the Packers are exactly zero percent interested in Colin Kaepernick. #Packers pic.twitter.com/rrchvyptCV

Tired of hearing how oppressed Colin Kaepernick is. He had a more privileged life than most white people I know, including myself. What struggle? He wasn't good enough, yet got more opportunity than Tim Tebow every did. I'd take him to his 1st ghetto just to watch him wet himself

So many people don't realize that Colin Kaepernick suing the NFL could cause a work stoppage. 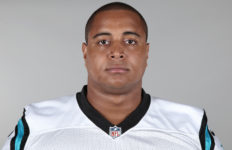