The HBO Max streaming service will debut early Wednesday, offering subscribers 10,000 hours of content from Warner Media, including all episodes of “Friends” and “Game of Thrones” available to view at any time.

A subscription to HBO Max is $14.99 per month and is available at HBOMax.com.

Films that will be available on HBO Max during its first year include “Citizen Kane,” “Casablanca,” “The Wizard of Oz,” “The Matrix,” “The Goonies,” “The Lord of the Rings,” “Gremlins” and the Lego movies.

Every DC film from the last decade will also be available, including “Wonder Woman” and “Justice League,” and every Batman and Superman movie from the past 40 years.

Other television series available include “The Big Bang Theory,” “The Sopranos,” “Sex and the City,” “Curb Your Enthusiasm,” “Veep,” “The Wire,” “The Bachelor,” “The Fresh Prince of Bel-Air” and “Sesame Street.”

The original programming available at launch is:

— “Love Life,” a romantic comedy anthology series, following a different protagonist’s quest for love each season. Oscar nominee Anna Kendrick stars in the 10-episode first season and is also one of the executive producers, along with Paul Feig, the director of the 2011 film “Bridesmaids” and the 2016 version of “Ghostbusters.” The initial three episodes will be available at the launch, followed by new episodes weekly for seven weeks.

— “The Not Too Late Show with Elmo,” a family-centric live-action take on a late night talk show, hosted by the furry red monster from “Sesame Street” and featuring of “Sesame Street’s” many celebrity friends. Elmo will interview guests such as fellow late-night hosts Jimmy Fallon and John Oliver, comedian John Mulaney, best-selling author Kwame Alexander, actress Blake Lively, and award-winning musical acts Lil Nas X and The Jonas Brothers. The initial three episodes will be available at the launch, followed by new episodes weekly for 10 weeks.

— “On The Record,” a documentary about music executive Drew Dixon becoming one of the first women of color to publicly accuse hip-hop mogul Russell Simmons of sexual misconduct.

— “Craftopia,” a kids crafting competition series hosted and executive produced by YouTube influencer Lauren Riihimaki, also known as LaurDIY and described by Forbes as the “millennial Martha Stewart.” The contestants, who are 9 to 15 years old, race to fill their carts with inspiring materials then make creations. All eight episodes will be available at launch.

— “Legendary,” a nine-episode voguing competition series highlighting modern ball culture. Each episode will document a themed ball. Voguing is a competitive style of modern dance featuring high fashion and choreography based on poses struck by models. The initial two episodes will be available at the launch, followed by new episodes weekly for seven weeks.

Original content debuting in June on HBO Max includes the third season of the comedy “Search Party” and the second seasons of “Doom Patrol,” “Esme & Roy” and “Summer Camp Island.”

Future exclusive programming includes an unscripted reunion of the “Friends” cast filmed on the show’s original Burbank soundstage. Filming of the reunion has been delayed by the coronavirus pandemic.

In 2021, HBO Max will stream director Zack Snyder’s director’s cut of “Justice League.” #ReleaseTheSnyderCut has been a passionate social media cry among fans since “Justice League’s” release in 2017.

“Since I got here 14 months ago, the chant to #ReleaseTheSnyderCut has been a daily drumbeat in our offices and inboxes,” Warner Media Entertainment Chairman Robert Greenblatt said. “Well, the fans have asked, and we are thrilled to finally deliver. At the end of the day, it really is all about them and we are beyond excited to be able to release Zack’s ultimate vision for this film in 2021.”

HBO Now subscribers who start a subscription on hbonow.com using an HBO Now gift card will also get instant access to HBO Max at launch at no extra cost.

`Hamilton’ To Begin Streaming on Disney+→ 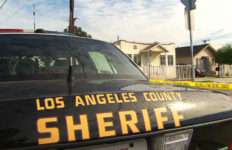