CatConLA — a two-day convention and symposium for cat lovers — will return to Los Angeles this weekend, providing a “purr- fect” activity for fans of all things feline.

The event, described by organizers as “redefining the cat lady — proving that you can be chic and stylish and own a cat, simultaneously,” is expected to draw 15,000 attendees to The Reef, 1933 S. Broadway.

Human attendees will not be allowed to bring their cats to the event, but several social-media celebrity felines and their owners will host meet-and- greets, including Lil BUB, who has 1.3 million followers on Instagram; Pudge, who has 600,000 followers; and Nala cat, who has 2.9 million followers.

Among the human celebrities in attendance will be Julie Newmar, the original Catwoman; actress Mariel Hemingway; and comedian Andy Milonakis, who will host CatVideoFest — a reel of the best cat videos of the year along with some classic and unique submissions — at The Theatre at Ace Hotel.

In addition to the meet-and-greets, the convention will feature a 3,000- square-foot adoption village where 100 cats and kittens will be housed and available for adoption.

There will also be an array of cat-centric merchandise and seminars led by representatives from “BuzzFeed Pets” and the creators of “Cats of Instagram.”

The event will also include its inaugural fashion event, titled “Furrocious Fashion Face Off Contest,” in which 10 human contestants will showcase their “best cosplay catspiration attire,” organizers say.

Attendees will also get a chance to visit an escape room, which is modeled from a cat’s perspective, with participants piecing together enormous cat toys that unlock clues to help them escape a giant cardboard box. 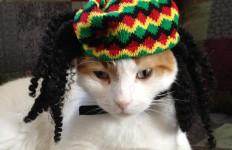 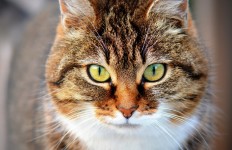 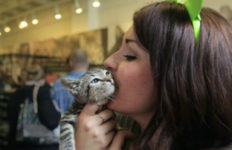 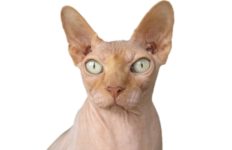