All lanes of Laurel Canyon Boulevard re-opened Saturday after a month-long closure in the Hollywood Hills caused by January’s heavy rainfall.

The roadway was re-opened at 1:30 p.m., according to City Councilman David Ryu.

“Due to wet roadway conditions and anticipated light rain later today, (city transportation department) re-striping will be accomplished early Tuesday morning after midnight and before morning commute times,” he said.

A stretch of Laurel Canyon Boulevard was fully closed on Jan. 11 after a mudslide caused part of a home’s foundation and patio to give way.

More information can be found at http://www.emergency.lacity.org/laurelcanyonclosure. 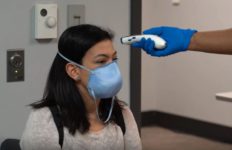