A group of acrobats seriously injured in a hair-hanging stunt that went awry in 2014 in Rhode Island settled their lawsuit against two companies based in the Southland.

The lawsuit filed in Los Angeles Superior Court in April 2016 alleged the firms shared responsibility for the snapping of a metal clip that caused the performers to fall from an aerial platform. The companies named were AMF World Enterprises Inc. and Ace Metal Products, Inc., both based in Chino.

The suit alleged both were involved in the design, manufacture, testing, inspection, assembly, distribution and selling of metal clips like the one that allegedly failed in the accident. Attorneys told Judge Michael Stern during a final status conference on Thursday that the case was settled, but the terms were not divulged.

The plaintiffs include Viktoriya Medeiros, 38, of Bulgaria, who designed the hair-hanging act with her husband, and Dayana Costa, a 30-year-old from Brazil. The other plaintiffs are Svitlana Balanicheva, Viktoria Liakhova, Stefany Neves, Widny Neves, Samantha Pitard and Julisa Segrera.

The suit stated that the metal clip, known as a carabiner, was sold to Feld Entertainment Inc. for use in the Ringling Bros. circus May 4, 2014, in Providence, Rhode Island. The acrobats were performing the hair hang act about 11 a.m. when the metal clip “failed and broke loose,” causing the performers to “violently fall over 20 feet to the ground and suffer severe and permanent injuries.”

The incident was captured on video. 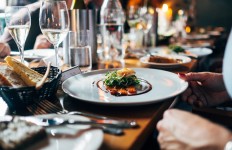