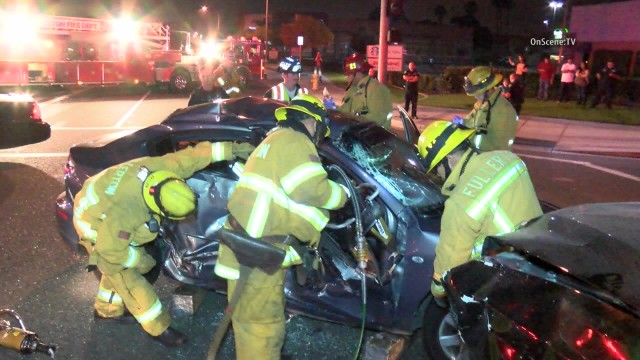 A woman was arrested on suspicion of felony DUI after her vehicle collided with a tow truck in Fullerton early Wednesday, police said.

A male passenger in the vehicle was hospitalized in stable condition, and the female driver suffered minor injuries, Ema said. The tow truck driver was not injured.