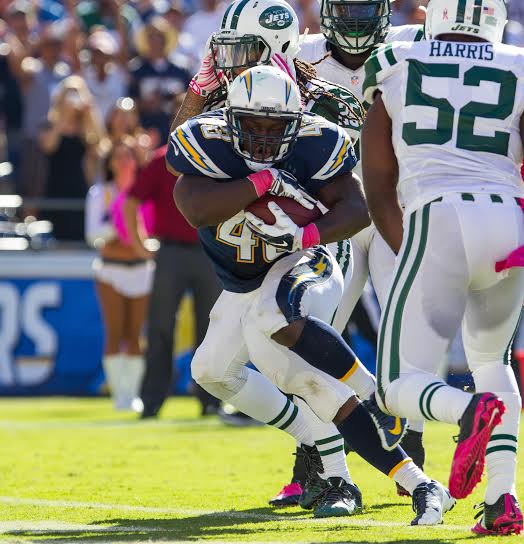 The San Diego Chargers won’t be coming to Los Angeles next year.

The number of potential NFL teams that could move to Los Angeles in 2015 dropped by one when the Chargers announced they will again play in Qualcomm Stadium next season.

“Today, the Chargers are making the same announcement that the team has made each year since 2007: The team will not be exercising the lease- termination clause and will keep working to find a publicly acceptable way to build a Super Bowl-quality stadium in San Diego,” said Mark Fabiani, special counsel to the team’s president.

“Calendar year 2015 will constitute the team’s 14th year of work on a San Diego stadium solution,” he said Tuesday.

The Chargers were considered among the three teams most likely to move to Los Angeles in 2015 because they have a stadium lease allowing them to do so, along with the Oakland Raiders and St. Louis Rams.

Oakland Raiders owner Mark Davis told San Jose Mercury News sports columnist Tim Kawakami last week that “we’re more than happy to be the second team (at a new stadium in Los Angeles) if in fact we can’t get something done here.”

Davis also said he’s “not doing anything based” on the NFL’s Feb. 15 deadline for teams to request permission to move.

“I’m going to do what’s right for this organization,” Davis said.

NFL owners received an update at their meeting in Irving, Texas Wednesday on the situation with Los Angeles.

“We continue to work to see if there is a solution for us,” NFL Commissioner Roger Goodell said. “I’m not at the point where I would tell you that anything is imminent or that we have a solution identified at this point in time.

“There is progress, but we’ve all heard that before. What we’re all looking for is the solution and when we have a solution, we’ll certainly tell everybody about that.”

The NFL has not had a team in the Los Angeles area since 1994. The key stumbling point has been the lack of an adequate stadium.

The Chargers have unsuccessfully searched around San Diego County for a suitable site for a new place to play instead of aging Qualcomm Stadium. Numerous proposals have been floated but none have withheld scrutiny.

Rumors have come and gone over the years that the team would move to Los Angeles, where they played their inaugural season in 1960, the moved to San Diego in 1961.

The Chargers have a window each year to announce whether the escape clause will be exercised.