A judge Friday rejected a request by an attorney for an accused double murderer to view notes from producers and years of outtakes from the MSNBC show “Lockup” in an effort to prove there was a conspiracy to put his client on the air to damage his case.

The attorney for Daniel Patrick Wozniak, who faces the death penalty if convicted, argued he needed to review the records to confirm speculation that the defendant’s jailers worked with the show’s producers to violate his constitutional right against self-incrimination.

She called Sanders’ conspiracy suggestion a “far-fetched theory” and “Alice in Wonderland scenario.”

Conley did not rule on that motion, but he rejected Sanders’ subpoenas, saying “it wasn’t even close” to meeting high legal standards that shield the media from legal inquiries.

Conley noted that Sanders had withdrawn his subpoenas earlier this year, but then revived them.

The judge said ultimately the taped interview in question did not produce any evidence harmful to Wozniak anyway. Conley quoted parts of the interview in which Wozniak declared his innocence, told his interviewer he had been praying a lot and felt suicidal from his legal predicament.

In the interview, Wozniak said he was a “good guy… I’m easygoing. I enjoy long walks on the beach. I’m an Aries.”

The judge also noted that Wozniak willingly signed a waiver to appear on television.

Conley said a ruling in Sanders’ favor could potentially create a chilling effect for MSNBC in seeking future jailhouse interviews.

Sanders argued that Ali waived her privilege under the law shielding her from subpoenas as a reporter when she voluntarily gave a statement to authorities on why she picked Wozniak to be on the show. Ali told investigators the tall, lanky defendant stood out in an undersized jailhouse jumpsuit, and she wanted to interview him when he flashed her an “actor’s smile.”

Sager argued that even if Ali had waived her privilege, that did not extend to the rest of the media company. Sanders was pushing for years of outtakes and correspondence between the network’s producers and Orange County sheriff’s officials.

Senior Deputy District Attorney Matt Murphy told Conley that if he granted the motion, it would be a first for the country. Murphy has consistently said he does not wish to use the footage during Wozniak’s trial anyway.

Murphy also argued that the Sheriff’s Department is not part of his prosecution team and that the agency has not been involved in the Wozniak investigation. The Costa Mesa Police Department was the lead investigating agency, Murphy noted.

Sanders has argued that there is evidence of governmental misconduct because a jailhouse informant contacted the defendant and pumped him for information about his case, which is theoretically a violation of Wozniak’s constitutional rights if he did not volunteer statements without any prompting and if the informant was officially working for the government.

Murphy has said the informant was not working the case for him and that he had no intention of using the evidence against Wozniak.

Next Friday, Sanders will argue his motion to dismiss the death penalty as a sentencing option, as punishment for alleged outrageous governmental misconduct. He also is seeking to have the District Attorney’s Office removed from the case.

Sanders got the D.A.’s office recused from prosecuting the case against Scott Dekraai, the worst mass killer in Orange County’s history, based on similar arguments of governmental misconduct. That ruling is under appeal.

An Oct. 2 trial date is tentatively set for Wozniak, who is accused of shooting a friend, Samuel Herr, after luring him to the Los Alamitos Joint Forces military base in May 2010.

Prosecutors allege he then used the victim’s cell phone to trick another friend, Juri Kibuishi, into going to Herr’s Costa Mesa apartment, where the defendant gunned her down and then made it look like Herr killed her during a sexual assault. Wozniak then allegedly returned to the base to dismember Herr.

No ‘Lockup’ outtakes for you, lawyer for double-murder suspect told was last modified: August 7th, 2015 by Ken Stone 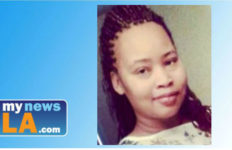 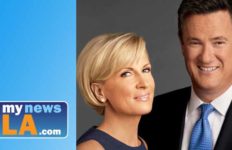