A tour bus driven across the U.S.-Mexico border early Tuesday was trailed to a Wilmington auto shop and found to have 182 pounds of cocaine — with a street value of about $10 million — stashed in a hidden compartment, authorities said.

Three suspects were arrested when authorities served a search warrant at the shop later in the morning.

The task force is compromised of investigators from a multitude of local, state and federal agencies.

Mendoza said the bus had been observed crossing the U.S.-Mexico border numerous times in the past. The vehicle aroused suspicion because it was not seen carrying passengers.

When the bus crossed the border at San Ysidro at 4 a.m. Tuesday, investigators followed it to the Wilmington auto shop in the 500 block of North Avalon Boulevard, said Mendoza.

After the bus arrived at the shop, two people were seen offloading cargo taken from the left rear wheel well of the bus, according to Mendoza. The hidden compartment had not been detected during a search of the bus at the border, he said.

Investigators served a search warrant at the business at 9 a.m.

$10M of cocaine found in tour bus driven from Mexico was last modified: May 31st, 2016 by Hillary Jackson

Report: U.S. To Turn Away Asylum Seekers During COVID-19 Outbreak→ 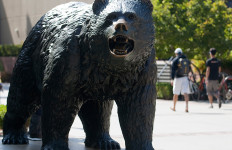