A Los Angeles International Airport gunman who killed a Transportation Security Administration officer and wounded three other people in a wild 2013 shootout at Terminal 3 will plead guilty and avoid death row, the U.S. Attorney’s Office has announced.

Paul Anthony Ciancia had been facing a possible death sentence for the Nov. 1, 2013, shooting that killed TSA Officer Gerardo Hernandez, but the plea agreement would spare him from capital punishment, prosecutors said.

Ciancia is scheduled to formally enter the plea Tuesday in downtown Los Angeles.

Although the plea agreement would spare him the death penalty, he would still face life in prison on the murder count alone.

According to prosecutors Thursday, Ciancia walked into Terminal 3 at LAX and opened fire with a semiautomatic rifle, while carrying dozens of rounds of ammunition, along with a handwritten, signed note saying he wanted to kill TSA agents and “instill fear in your traitorous minds.”

Witnesses to the shooting said the gunman asked them whether they worked for the TSA, and if they said no, he moved on.

The New Jersey native, who had been living in the Los Angeles area for about 18 months, was shot in the head and leg during a gun battle with airport police.

Prosecutors previously told the judge they had accumulated more than 10,000 pages and 150 DVDs of discovery in the case, including material collected during a probe of Ciancia’s background in the small town of Pennsville, New Jersey, which they have presented to the defense.

According to the plea agreement, Ciancia sent text messages to his brother and sister while he was being driven to the airport on the morning of the shooting that largely amounted to goodbye missives.

“I’m so sorry that I have to leave you pre-maturely, but it is for the greater good of humanity,” he wrote in the message to his brother, according to the court document. “This was the purpose I was brought here. I won’t fail.”

In the message to his sister, he wrote that “someone has got to stand up to these tyrants.”

“I don’t want your kids to grow up in a totalitarian state,” Ciancia wrote. “… Please don’t let the story be skewed. there wasn’t a terrorist attack on Nov. 1. There was a pissed off patriot trying to water the tree of liberty. I know a text message is the (expletive) way to say goodbye. I couldn’t let someone talk me out of this. Love, Paul.”

After he shot Hernandez at a passenger ID checkpoint inside Terminal 3, the officer fell to the ground and Ciancia got on an escalator heading into the terminal, but when he saw Hernandez move, Ciancia went back and shot Hernandez again, prosecutors said. Hernandez was shot a total of 12 times.

Moving back into the terminal, Ciancia shot TSA Officers Tony Leroy Grigsby and James Maurice Speer, along with a civilian, Brian Ludmer.

Ciancia continued into terminal, but was shot by police, who recovered a Smith & Wesson M&P15 rifle, along with various ammunition magazines. Prosecutors said Ciancia brought 500 rounds of ammunition to the airport. 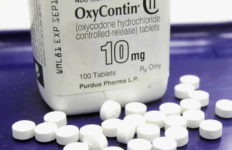 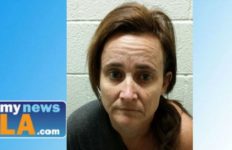 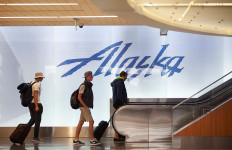