Former Compton Mayor Omar Bradley, who is facing charges of misappropriation of public funds, testified Monday that he never used any city money for personal expenses.

“We had no independent spending authority,” Bradley testified, referring to himself and Compton City Council members. Expenditures were “always subject to the city manager’s authorization … before or after the event,” he said.

Bradley had known Johnson since high school, but said nothing changed when Johnson took over as city manager in 1999.

The process for approving expenses was “always the same, as set down by the charter,” Bradley testified. Any expenses of $5,000 or more had to be approved by a vote of the city council during a public meeting.

Prosecutors allege that the former mayor charged personal expenses on his city credit card, sometimes double-billed for expenses and failed to return travel advances for conferences he never attended.

Deputy District Attorney Ana Lopez told the jury in her opening statement that Bradley’s retrial — an earlier conviction was reversed on appeal — involves a series of expenditures between 1999 and 2001.

Bradley, 59, was mayor from 1993-2001 and lost a run-off election in June against incumbent Mayor Aja Brown to regain that seat. He was born and raised in the city and also served as a Compton city councilman from 1991-1993.

Lopez said the evidence would show that some of Bradley’s expenditures were “purely personal” and for “no public benefit,” telling jurors that a council resolution to issue city credit cards to council members led to “very relaxed” accountability.

“Mr. Bradley has violated the law and committed the crimes for which he is charged,” the prosecutor said. “The word here is accountability.”

Deputy Public Defender Robert J. Hill countered that the “charges against Mr. Bradley are false” and told jurors that his client acted openly and transparently and knew he was “under scrutiny.”

The mayor and city council members were typically given a cash advance to cover the costs of hotels, rental cars and other travel expenditures.

Bradley recounted a series of trips that he took to Washington, D.C., to meet with members of the Congressional Black Caucus, to a conference in Las Vegas related to casino business and to speak at a Black History Month event at Amherst College, among others. He offered a series of explanations for using his city credit card when he had already been issued cash, insisting that any city dollars he spent were for the benefit of Compton.

Traveling to Washington, D.C., in 1999 to lobby members of Congress on issues facing Compton, Bradley said he arrived to find that a hurricane-fueled storm had left travelers stranded and unwilling to vacate rooms at the Grand Hyatt that had been booked for city council members.

The hotel offered other rooms at higher rates and Bradley said he and others were forced to use their credit cards to cover the greater expense.

“Mr. Johnson, the city manager, explained to us … that we could use the credit cards” as long as the money was used for city business, Bradley testified.

Bradley said he ended up using some of his cash advance for taxicabs, even though he had also rented a car, because it was more efficient.

Bradley said he also went to a series of parties “that you have to attend to get to the people that you want to lobby” and which sometimes required paying for tickets. He laughed as he recalled that he had expected that he would be comped at a party for Jesse Jackson Jr., but found out otherwise.

At the end of the trip, he said he returned any money that went unspent from the advance, a procedure Bradley said he repeated on various trips.

His method of returning the cash was to hand it to his wife when he returned home so that she could take it to City Hall, he said.

Bradley concurrently served as assistant superintendent of the Lynwood Unified School District from 1999-2001 and said he typically went to that office each day around 7:30 a.m.

On the Las Vegas trip, Bradley said he was told that a room at the Venetian Hotel and Casino would cost $700, double the amount he had counted on, and he chose to stay somewhere else.

A bill for the more expensive room remained in Bradley’s name though telephone charges seemed to indicate that then-councilman Amen Rahh stayed there instead.

The request to speak at Amherst came to the mayor’s office, and Bradley said he saw it as part of his duties as a spokesperson for Compton.

“I was not speaking as Omar Bradley” and probably wouldn’t have been asked to speak if he weren’t mayor, he testified, then wiped away tears as he recalled how proud he had been to attend the Ivy League event.

Asked about a set of golf clubs he bought with city money, Bradley said he planned to offer them as a prize to anyone willing to donate championship rings to the city’s winning high school basketball team. Johnson rejected the expense, and Bradley said he paid the money back the next day.

The former mayor was convicted in February 2004 on one felony count each of misappropriation of public funds and misuse of public funds, with prosecutors telling jurors that he spent tax dollars on golf clothes and greens fees and rented a Las Vegas hotel room for a colleague.

Bradley was sentenced in May 2004 to three years in prison, but he was later moved to a halfway house restitution center.

In 2006, a state appeals court panel initially upheld the convictions of Bradley, former councilman Amen Rahh and former city manager Johnson. But Bradley’s conviction was reversed in April 2012 by a three-justice panel of California’s 2nd District Court of Appeal. They noted that a recent California Supreme Court ruling held that the section involving public officer crimes requires “that the defendant knew, or was criminally negligent in failing to know, the legal requirements that governed the act or omission.”

Lopez told jurors during her opening statement that Bradley clearly understood the rules.

No golf, no luxury hotels on public dime: Ex-Compton mayor denies all was last modified: July 24th, 2017 by Christina Kelley 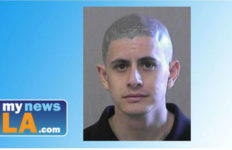 High court: ‘Ain’t nobody got time for that’ in South Whittier murder→