A March 19 sentencing date is scheduled for a Riverside County doctor who participated in a $12 million scheme to provide medically unnecessary procedures to Medicare beneficiaries, inflate claims submitted to Medicare and re-package single-use catheters for reuse on patients.

After a six-day trial in Los Angeles, Donald Woo Lee, 54, of Temecula was found guilty late Wednesday of seven counts of health care fraud and one count of adulteration of a medical device, according to the U.S. Department of Justice.

Lee billed the unnecessary procedures to Medicare using an inappropriate code in order to obtain a higher reimbursement, a practice known as upcoding. In addition, the evidence showed that Lee repackaged used, contaminated catheters for re-use on patients.

The catheters had been cleared by the FDA for marketing as single-use only. Lee submitted claims of $12 million to Medicare for the vein ablation procedures he performed, and received $4.5 million as a result, according to federal prosecutors. 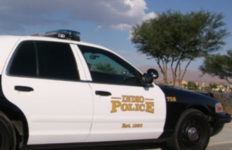