With the ceremonies coming 11 days after the terrorist attack that killed 14 people in San Bernardino, people attending the CSUSB events will see extra security at entrances, and they’ve been advised in advance not to bring outside food or drinks and no large items such as backpacks, campus spokesman Joe Gutierrez told City News Service.

“We’re asking the students, family and guests to arrive at least an hour before each ceremony … because we’re going to have increased security at the entrances to both the arena and the physical education building where we put the overflow (crowd),” Gutierrez said.

Two graduation ceremonies will be held Saturday at Cal State San Bernardino. The colleges of Natural Sciences and Social & Behavioral Sciences will have a ceremony at 9 a.m., while a 1 p.m. ceremony is scheduled for the colleges of Arts & Letters; Business & Public Administration; and Education.

Roughly 900 students are expected to receive their diplomas during the ceremonies.

Gutierrez said that in addition to warnings about arriving early and prohibiting bulky items, attendees will not be allowed to re-enter Coussoulis Arena or the physical education building if they leave during the events. He said both buildings will be effectively closed off once they reach capacity.

It’s unclear if the ceremony will include any special tribute to the victims of the Dec. 2 shooting rampage at the Inland Regional Center, Gutierrez said. 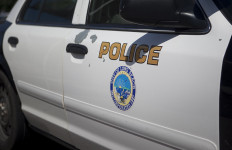