The number of applications from both incoming freshmen and transfer students vying to be part of the fall 2018 class at the University of California, Irvine totaled 116,192 — a campus record, school officials said Thursday.

It’s an increase of 12,000 applicants over last year’s high of 104,000 and a 41 percent increase over the last five years, representing the largest surge in the UC system, according to UCI officials.

“The verdict is in: high school and transfer students understand that UCI’s distinctive combination of quality, accessibility and affordability makes it a preferred destination among America’s leading universities,” said Chancellor Howard Gillman. “Earlier this year, the New York Times selected UCI as the college `doing the most for the American dream,’ and these 116,000-plus applicants exemplify our continued commitment to inclusive excellence.”

Among UC campuses, UCI ranks third — behind UCLA and UC San Diego — for total first-year applications (94,866). Of those, 71,130 come from in-state students, which places UCI second in that category.

The freshman cohort also includes the UC’s largest number of underrepresented minority California residents (29,978). The campus attracted the most Chicano/Latino applicants (25,930) and the second-highest number of black applicants (3,770). Almost half of in-state, first-year applicants (48.5 percent) are first-generation American students.

“These spectacular results represent exactly what we have set out to achieve: sending the message to California residents of all cultural or economic backgrounds that an exceptional education is not only available but affordable at UCI,” said Thomas Parham, vice chancellor for student affairs.

For the first time this year, UCI was designated as a Hispanic-serving institution, a federal designation awarded to universities with more than 25 percent Latino undergraduates, adding to its status as an Asian American and Native American Pacific Islander-serving institution.

In related news, UCI was named among the top-performing institutions for Latino students in a report released Thursday by The Education Trust. 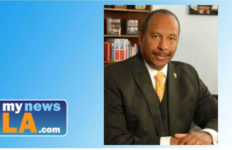 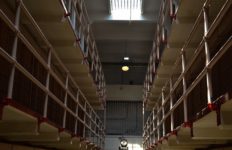 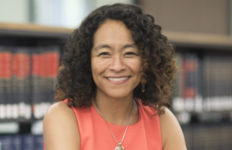