Neu began his law enforcement career with the Pasadena Police Department and transferred to the Torrance force in 1985. He was Torrance’s police chief from 2006 to 2014.

“John is an innovative leader in law enforcement,” Lacey said. “He will bring valuable experience to this office as we continue to confront increasingly sophisticated high-technology frauds and other crimes that affect the quality of life in Los Angeles County.”

Kris C. Carter, a captain in the District Attorney’s Bureau of Investigation, was named the bureau’s assistant chief.

She replaces George Mueller, who will become the deputy commissioner of the California Department of Insurance’s Enforcement Branch.

Carter will serve as interim chief until Neu is sworn into his post. 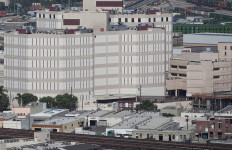