The Board of Supervisors approved a plan Tuesday to build a 142-acre park in Puente Hills on what was the second largest landfill in the country.

The project amounts to “turning trash into treasure,” said John Wicker, director of the Department of Parks and Recreation.

The master plan for the park on the 1,365-acre landfill site features hiking, biking and horse trails, stair climbs, running loops, a dog park, and outdoor performance and picnic and play areas. More than two-thirds of the park will remain as open space.

A zip line is also being considered, but Supervisors Hilda Solis and Don Knabe called for more environmental analysis and amended the plan to dictate that no zip line would be built for at least 20 years.

Knabe was a key player in working to close the landfill in 2013. The site’s original permit, issued in 1983, envisioned a park as the final use of the land and Knabe said residents were overwhelmingly in support of the plan.

“It has truly been a collaborative effort with numerous county departments, stakeholders and community members,” Knabe said. “This master plan provides the roadmap for the region’s newest park.”

Solis, who said she grew up in the “park-poor” San Gabriel Valley, also praised the project.

“We want to provide a unique regional destination that encompasses accessibility, safety, nature and fun for the whole family,” Solis said. “I never thought in my wildest dreams I would be sitting here … to see that this gift has been returned to the community.”

Construction of the park is set to begin in 2018 and take place in three phases over 30 years.

The landfill remains the largest landfill gas-to-energy operation in the country, according to the sanitation district’s director of solid waste management. The site is expected to continue to supply electrical power to residents through Southern California Edison for another 10 years.

The board unanimously certified the Final Environmental Impact Report for the park and approved the master plan. 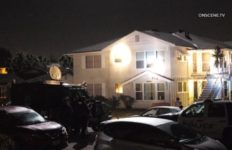