A nearly 20-year-old requirement that California schoolchildren, including English-learners, be taught in English would be retooled under a measure on Tuesday’s ballot that would restore authority for school districts to offer bilingual education.

Proposition 58 would repeal provisions of Proposition 227, which was passed by voters in 1998 and requires all non-language classes in California schools to be taught in English. Proposition 58 would allow schools to offer bilingual programs in subjects such as math and history, with proponents saying it will help English-learners absorb the material more effectively.

Backers of the measure claim that the English-immersion system may help students learn English, but they lag behind in other classes. They say the proposition will ensure that all students can achieve English proficiency faster, while expanding opportunities for English-speaking students to learn a second language.

“Too many California students are being left behind and not given the opportunity to learn English with the most effective teaching methods possible,” proponents contend in a ballot argument. “This is because of an outdated nearly 20-year-old law, Proposition 227, which restricts the instructional methods school districts can use to teach English.”

Opponents, however, say the results of Proposition 227 have been “spectacular.”

Opponents of the measure say it is being pushed primarily by teachers’ unions trying to preserve jobs of “language teachers” who lead bilingual classes.

“Proposition 58 is not about modernizing the way we teach English, it’s about forcing a failed method of English instruction on immigrant children against the wishes of their parents,” opponents argue.

Backers counter that the measure will give schools “the tools they need to improve outcomes for students.”

Bilingual education’s fate to be decided by Prop. 58 was last modified: November 4th, 2016 by Ken Stone 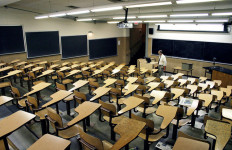 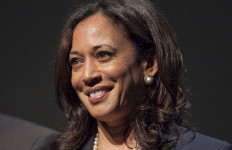