Did Rob Lowe really see a “wood ape” (aka Bigfoot) during filming of his A&E show “The Lowe Files”? The truth is out there. Maybe.

But a major database of Sasquatch sightings contains no reports from anyone sounding like Lowe, his producers or his two sons joining him on the show debuting Aug 2.

The Bigfoot Field Researchers Organization lists recent sightings and also a list by state, including the Ozark Mountains region of mainly Missouri and Arkansas where Lowe says he was “lying on the ground thinking I was going to be killed.”

He told EW about “an incredible encounter with what locals call the wood ape. . . . I’m fully aware that I sound like a crazy, Hollywood kook right now.”

But the 53-year-old actor didn’t have the presence of mind — or proof? — to file a report with the Bigfoot research group. He also didn’t share the location of the sighting, except it was 100 miles from the nearest town.

The BFRO didn’t immediately respond to a request for comment.

But social media was all over it.

If Rob Lowe saw Bigfoot, researchers need to hear from him was last modified: July 7th, 2017 by Ken Stone

Rob Lowe showers firefighters with burgers, thanks after home saved→ 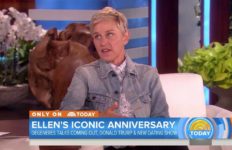 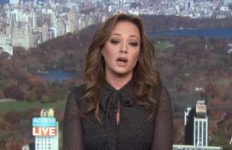