Camille Kennedy of Pasadena was crowned Tuesday evening as the 2020 Rose Queen.

Kennedy was chosen as the 102nd Rose Queen from among the seven-member Tournament of Roses Royal Court. She is a member of her school’s drama/musical theater troupe and has been featured in three productions, including a lead role in the spring 2019 musical, “City of Angels.”

Kennedy is a member of the afterschool choral group and the Support Our Troops Club. She enjoys listening to music, performing in theater productions with friends, cooking and working out at the gym with her father, Tim.

Kennedy said she plans to pursue a liberal arts degree in Japanese linguistics, social sciences or culture and media studies and is interested in going to college in Japan. Her top choices are Waseda University in Tokyo and Asia Pacific University in Kyushu.

Kennedy and her six princess will attend dozens of community and media events leading up to the 131st Rose Parade and 106th Rose Bowl Game on New Year’s Day.

The coronation ceremony was held at the Pasadena Playhouse.

The other members of the Royal Court are:

— Rukan Saif, a senior at Arcadia High School and a Temple City resident;

— Reese Rosental Saporito, a senior at Marshall Fundamental School and an Altadena resident;

— Mia Thorsen, a senior at Marshall Fundamental School and an Altadena resident; and

— Michael Wilkins, a senior at Maranatha High School and a Pasadena resident. 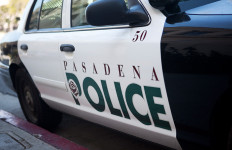