“The Moodys,” a six-episode single-camera comedy about a tight-knit but slightly dysfunctional family of five, all of whom return home to Chicago for the holidays, premieres at 9 p.m. Wednesday evening on Fox with back-to-back episodes.

“The Moodys” is based on the Australian series “A Moody Christmas.” It is written by Rob Greenberg, a producer and writer for the 1993-2004 NBC comedy “Frasier”; Tad Quill, whose writing and producing credits include the 2001-10 NBC and ABC comedy “Scrubs” and the 1996-2002 ABC comedy “Spin City”; and Bob Fisher, who co-wrote the screenplay for the 2005 film comedy “Wedding Crashers.”

“We have always wanted to work with Denis, whose signature gruffness, sarcasm and, dare I say it, heart, make him the perfect fit for this role,” said Michael Thorn, president, entertainment, Fox Entertainment. “The Moody family nails that indescribable mix of love, loyalty and absolute chaos.”

The remaining episodes will air Monday and Tuesday. 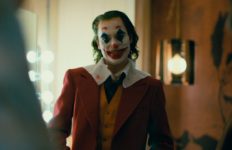