A SpaceX Falcon Heavy rocket ferrying 24 satellites blasted into space from Cape Canaveral early Tuesday in what Spacex CEO Elon Musk called the “most difficult launch” his rocket company has ever undertaken.

Lift off occurred at 2:30 a.m. Eastern time. Scientists said getting the experimental satellites to their intended orbits would take around three hours and require complex maneuvering.

SpaceX’s customer for this mission is the U.S. Defense Department. The Falcon Heavy was programmed to travel to three different drop off points in orbit. Officials began confirming successful deployments of some of the satellites destined for lower orbits shortly after launch.

The satellites being carried into space came from several entities — research laboratories, universities and NASA. They include a satellite that will test new telescope technologies, and one that hosts an atomic clock.

Another is a solar sail project funded by The Planetary Society, a nonprofit headed by Bill Nye, who’s better known as “The Science guy.” What has been designated LightSail 2 is designed to be propelled only by sunlight.

The solar sail is different from satellites that convert sunlight into electricity. It uses actual light particles called photons. LightSail 2 is to deploy razor-thin sheets of polyester to form a sail that’s 32 square meters. The spacecraft will turn its sail toward the sun and receive a “tiny push no stronger than the weight of a paperclip” each time it circles the Earth, according to The Planetary Society.

If successful, photons from the sun should push the spacecraft deeper into space without thrusters and heavy fuels.

Spacex, which Musk founded in 2002, launched a Falcon Heavy in April that sent up a 14,000-pound communications satellite for Saudi Arabia-based firm Arabsat.

The rocket is notable in several ways. Its three first-stage boosters are reusable and designed to guide themselves back to Earth after launch so that they can be refurbished and used again on future launches. After the first-stage cores detach, which it did this morning, the second stage of the rocket fires up its own engine and continues on into space to finish off the mission.

SpaceX says reusing hardware saves the company a lot of money by driving down the price of its rockets. With a $90 million price tag, the Falcon Heavy is far cheaper than similar rockets.

After launch Tuesday morning, the Falcon Heavy’s two side boosters executed flawless synchronized landings on ground pads in Florida. But the center booster, which was supposed to land on a seafaring platform called a drone ship, missed its mark and splashed into the ocean.

But SpaceX used a ship at sea to catch the part of the falling nosecone that shielded the cargo aboard its Falcon Heavy rocket during launch, notching another milestone as it seeks to consistently reuse an expensive part of its rocket. Stationed in the Atlantic Ocean, the high speed boat known as “Ms. Tree” caught half the fairing in a net strung up above the boat’s deck, Musk confirmed in a tweet. The fairing is the bulbous nose cone on top of the rocket. SpaceX has attempted to catch the fairing multiple times before.

The company has been trying to land the fairing in the net since 2017. The boat had several near misses, with Musk noting on a previous attempt that SpaceX missed catching the fairing by only “a few hundred meters.” 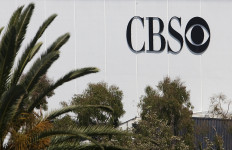