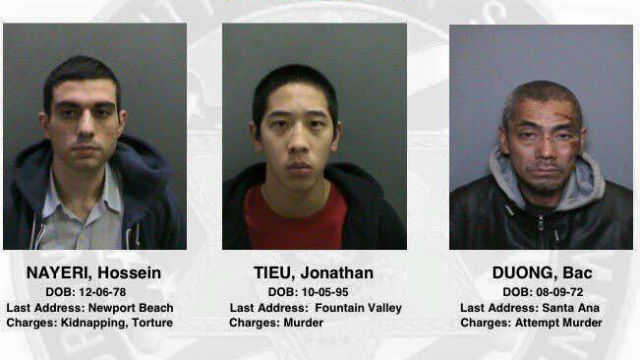 A 44-year-old Lake Forest woman who taught English classes at the Central Men’s Jail in Santa Ana was arrested Thursday for allegedly helping three inmates who escaped from the lockup and remain at large.

Nooshafarian Ravaghi, who works for the Rancho Santiago Community College District, has been teaching English-as-a-second-language classes at the jail since July 2015, according to Orange County Sheriff’s Department Lt. Jeff Hallock.

One of the escaped inmates, Hossein Nayeri, 37, of Newport Beach, took her class and developed a relationship with Ravaghi, Hallock said.

The exact nature of her alleged assistance was still being investigated, but she is believed to have provided information such as Google maps to Nayeri — the alleged mastermind of the escape. Hallock said Ravaghi has denied providing Nayeri with any tools used in the escape.

Nayeri disappeared from the jail early Friday along with Jonathan Tieu, 20, of Fountain Valley, and Bac Duong, 43, of Santa Ana.

Hallock said investigators also believe the escaped inmates stole a white GMC Savana utility van from a “private party” on Saturday in the South Los Angeles area, and the inmates may be living out of it.

He said that in response to an ad, Duong took the van for a test drive, “came back and at some point then took off and drove the vehicle away.”

Although only Duong was seen on Saturday with the van, “based on other information we have we feel very strongly that they may still all three be together,” Hallock said.

The van has paper license plates from Felix Chevrolet, with the plate number 8U66466, although the plates may have been removed and replaced.

Hallock said around 10 people have been arrested in connection with the escape so far, and several other arrests for unrelated warrants or probation issues have also been made during the manhunt.

The three inmates disappeared after a 5 a.m. Friday body count in the jail, but they were not discovered missing until nearly 9 p.m., when the second daily body count was conducted. Nayeri had been in custody since September 2014, Tieu since October 2013 and Duong since December.

Sheriff Sandra Hutchens said Wednesday she suspects Nayeri was the “mastermind” of the breakout based on his military training.

“Certainly (Nayeri), based on his past, is a little more sophisticated than the other two individuals,” Hutchens said. “He has a military history and, of course, he fled before, as we all know.”

Nayeri was enlisted in the Armed Forces, but it’s unclear which branch. He was discharged after getting into a fight with a superior, according to one law enforcement source.

“What she was aware of, I’m not sure,” he said. “All we know is there was some type of relationship that developed between the two as the result of what was initially a student-teacher relationship and it developed into a closer relationship where she then began providing him information.

“I don’t know exactly what she knew in terms of what his plans were to escape but we do know she provided him with some information.”

The search for the escaped inmates has focused heavily on a Vietnamese gang active in Westminster and Garden Grove.

In the wake of the escape — which required the inmates to cut through four or five steel and metal grates to reach the roof, from which they rappelled to the ground using makeshift linen ropes — sheriff’s officials said they are adjusting the system of non-physical inmate body counts that are done three times throughout the day, in addition to the two physical body counts. The non-physical counts involve a guard comparing computer records with a “mod card” issued to each inmate, Hallock said.

Hutchens said she was “troubled by the amount of time it took for us to discover that three inmates from our maximum security jail were unaccounted for. … We have taken immediate steps to rectify that by changing our count procedures and tightening up in other areas, and we continue to look system- wide at our policies and procedures and that will be ongoing for some time.”

There were two escapes from the same jail in 1988 and 1986, with the “common denominator” being the roof as an escape route, Hallock said. There were other escapes in the early 1980s and in 1968, he said.

Nayeri is accused of participating in an attack against a Newport Beach resident who ran a licensed marijuana dispensary in Santa Ana. Prosecutors say he burned the victim with a butane torch, beat him with a pistol and a rubber hose, and eventually ordered another suspect to cut off the man’s penis. His trial was set to begin Feb. 23.

Felony escape charges were filed Monday against the three inmates. Authorities say they should be considered armed and dangerous.

Authorities warned that three inmates should be considered armed and extremely dangerous, and anyone who spots them should not approach them but call 9-1-1. 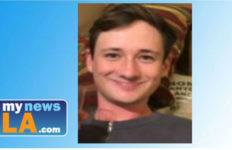