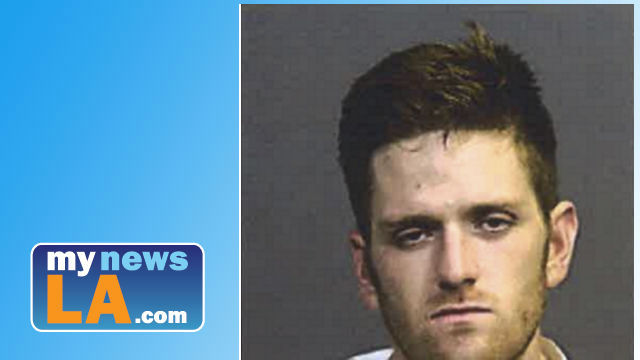 The son of a former “Real Housewives of Orange County” star made his first court appearance Thursday on three counts of attempted murder, but his arraignment was rescheduled for next month.

Joshua Michael Waring, 27, of San Juan Capistrano, was originally set to appear in court Wednesday, but he refused to come out of his jail cell for the hearing, so it was postponed until Thursday. The arraignment was rescheduled for July 15.

Waring, who is being held in lieu of $1 million bail, also faces sentencing enhancement allegations for inflicting great bodily injury and for the personal use of a firearm.

Waring is accused of shooting 35-year-old Daniel Lopez in the lower body at 2:20 a.m. Monday at a single-family home in the 2900 block of Babb Street, according to Costa Mesa police. Lopez was taken to an area hospital with serious injuries, but he is expected to survive, police said.

Waring is also accused of attempted murder against two other victims, identified only in court papers as Ronald D and Jennifer M. They were standing in the doorway of the home when Waring allegedly opened fire from an SUV, according to a law enforcement source.

Witnesses identified Waring as the gunman and said he fled in a white 2011 BMW X3 that was later reported as stolen, police alleged.

An Orange County sheriff’s deputy in a helicopter spotted the SUV at about 10:30 a.m. Monday near Standard and McFadden avenues in Santa Ana, police said. When Santa Ana police officers approached Waring, he allegedly got into the vehicle and led police on a chase.

Waring got into a collision during the pursuit and eventually jumped out of the vehicle and tried to run away near Fourth and Terminal streets, police said. He holed up in a business nearby, but surrendered following a brief standoff, police said.

Police said evidence related to the shooting was found in the vehicle, but the gun was not recovered.

Waring’s mother, Lauri Peterson, was a cast member of the Bravo documentary series “The Real Housewives of Orange County” from its debut in 2006 until 2008, when she left to deal with her son’s problems.

Waring also faces a misdemeanor charge of touching an intimate part of another person on Aug. 22. In another felony case, he was charged with identity theft, resisting arrest and possession of drugs with the intent to sell.

“As most of the viewers know, I have a son and he’s had a lot of challenges,” Peterson said in a 2015 interview with a reporter for a Bravo website covering its programming.

Peterson said in the interview that she and her husband had adopted Waring’s then-3-year-old daughter.