Firefighters responded to the scene at 2:45 a.m. north of Harbor Boulevard where a big rig and two other vehicles, one of which caught fire, were involved in a crash.

An 18-year-old man was driving a Fiat 500 when the car collided into another vehicle that was stalled on the freeway after being involved in a separate crash, according to a written statement from the California Highway Patrol.

According to the statement, the Fiat driver couldn’t stop in time and crashed with the stalled vehicle. The Fiat driver was thrown from the car by the impact and suffered major injuries.

Another 18-year-old man who was riding as a passenger in the Fiat was able to get out of the car and walk to the freeway’s right shoulder despite being seriously injured, CHP said. Two other passengers, an 18-year-old man and a 17-year-old boy, stayed in the disabled Fiat, which was facing the wrong direction and whose headlights or tail lights no longer worked.

A 63-year-old man from Menifee driving the Freightliner big rig was unable to avoid crashing into the Fiat, which was stalled in the No. 5 lane directly in front of him, the statement said. It collided with the front of the Fiat.

The 17-year-old passenger from San Diego died from his injuries at the scene, officials said. The other passenger who was still in the Fiat when it was hit by the big rig was hospitalized with major injures.

One Killed, One Critically Injured In Multi-Vehicle Crash in Costa Mesa was last modified: November 22nd, 2018 by Contributing Editor 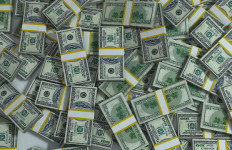