The logo has LA on the top, the years 1967 and 2017 in the middle, separated by the number 50, with the crown from the original logo on the bottom. The logo has a black background, one of the Kings’ current colors, with silver, white, gold and black borders.

“We wanted to pay homage to our past and our heritage with the use of the original Kings crown, but at the same time celebrating the importance that our current logo means to our franchise and fans,” said Jonathan Lowe, the Kings senior vice president of marketing on Tuesday.

The logo was unveiled during the “Kings Live” pregame show of the Fox Sports West telecast of today’s 9-2 victory over the Boston Bruins at Boston’s TD Garden.

The Kings wore their vintage gold jerseys for the game.

The 50th anniversary celebration will also include a more than 35-foot bronze, granite, and glass monument to be placed outside Staples Center commemorating 50 seasons of Kings hockey and featuring a tribute to the franchise’s greatest moments and greatest players.

The monument will be unveiled near the beginning of the 2016-17 season, team official said.

Kings season ticket holders will have the opportunity to have their names etched in stone in the monument by making a contribution to the Kings Care Foundation.

The Kings will hold a 50th anniversary Season Opening Weekend at the start of next season, which will feature several fan-friendly events, special appearances by several former legendary Kings players and the Kings serving as the presenting sponsor of a charity gala.

The Kings will wear a special 50th anniversary jersey during various games during the 2016-17 season. They will also wear past jerseys during warm- ups at select games to benefit the Kings Care Foundation.

The Kings have partnered with Heritage Werks, described by the team as the leading provider of archival and heritage services for professional sports teams, major corporations, luxury and fashion brands, to discover and document the team’s history.

The Kings will establish a new heritage and archival program, the LA Kings Legacy Collection, which will include a web-based digital archive.

The team’s 50th anniversary is “a great opportunity for the LA Kings organization to look back at our long, storied history,” Kings Chief Operating Officer Kelly Cheeseman.

“You only get one chance to celebrate something as incredibly significant as a 50th anniversary and we believe we have a lot to offer our fans as we give back and say thank you for the tremendous support we have received and continue to receive,” Cheeseman said. 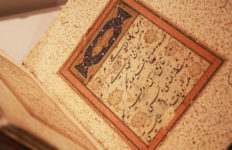