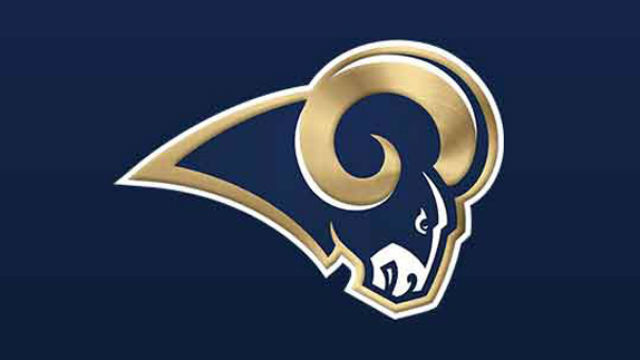 “There’s some things going on,” coach Sean McVay said after the practice at California Lutheran University. “There’s really nothing personal or anything like that. Those discussions are kind of internal right now, but we expected him not to be here.”

The absence was not injury-related, McVay said.

“Everything is good with Aaron,” McVay said. “We expected him not to be here today, but what we have seen from Aaron this offseason in terms of the effort, the way that he’s competed, been very pleased with him.”

Participation in the organized team activities is voluntary “so whenever we get him back we’ll feel good about that,” McVay said.

The Rams had “a good first day,” said McVay, who is in his first season as coach, guiding a team that was 4-12 last season, losing its final seven games.

“Guys moved around and competed with great effort,” McVay said. “I felt like the tempo was excellent. Both offense and defense made some plays. (I’m) looking forward to looking at this tape and seeing what we can clean up.”

To quarterback Jared Goff “the practice went by a lot faster than you would expect.”

“It was fun,” said Goff, the first player chosen in the 2016 NFL draft, who lost all seven of his starts last season. “It was a good day.”

Goff said he “probably put on five to 10 pounds,” compared to last year.

“I feel good,” Goff said. “I feel strong. I feel like this is the best shape I’ve been in in a long time. But that’s kind of been every year. Every year I’ve kind of gotten bigger and stronger and I’m still growing. I don’t think I’m growing in height, as much as I’m getting a little bit wider.”

The Rams also announced the signings of two undrafted free agent defensive tackles, Omarius Bryant, a Western Kentucky alumnus who earlier was signed and waived by the Baltimore Ravens, and A.J. Jefferson from Mississippi State.

The Rams will conduct 10 days of organized team practice activities through June 8. Live contact is not permitted, but seven-on-seven, nine-on-nine and 11-on-11 drills are allowed.

Team offense versus team defense drills were not permitted during the previous phases under terms of the league’s collective bargaining agreement.