His death was due to “complications with his pacemaker and a bacterial infection,” according to Orange County Board of Supervisors Chairwoman Lisa Bartlett.

“This came as a great shock to all of us,” Bartlett said as she adjourned the board’s weekly meeting in McCloskey’s honor.

“Jerry was so thoughtful in his approach to government and he will be greatly missed,” said Bartlett, who represents Laguna Niguel on the Board of Supervisors.

Supervisor Todd Spitzer said he served with McCloskey on the Orange County Fire Authority Board for the past couple of years.

‘He was pretty soft-spoken for a public official, but he was very engaged in the fire authority and the community…,” Spitzer said. “Jerry was just a very, very steady and calming influence … wise and mature and skilled, and I’ll miss him a lot.”

McCloskey was elected to the Laguna Niguel City Council in November 2012 and served as mayor last year.

He was the current president of the Orange County Watershed and Environmental Center, a nonprofit that aims to educate the public about local watershed and environmental issues.

He was Laguna Niguel’s Citizen of the Year in 2005.

“As my dear friend and colleague, Jerry was committed to ensuring that Laguna Niguel remained financially strong, be one of the safest cities in Orange County, and that our business community thrived,” Laguna Niguel Mayor Laurie Davies said in a message on the city’s website. “He will truly be missed and our hearts are very heavy with sadness.”

Assistant City Manager Dan Fox said McCloskey was “just a wonderful man. The community is going to feel his loss for a long time.” 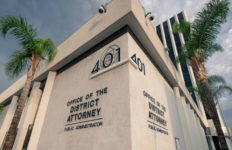