Austin Ekeler ran seven yards for a touchdown in overtime for his third score as the Los Angeles Chargers opened the 2019 NFL regular season with a 30-24 victory over the Indianapolis Colts Sunday at Dignity Health Sports Park.

Ekeler also caught 1- and 55-yard touchdown passes from Philip Rivers as the Chargers recorded a victory in a season opener for the first time since 2015.

Indianapolis sent the game into overtime on Jacoby Brissett’s 19-yard touchdown pass to T.Y. Hilton and Marlon Mack’s two-point conversion run with 38 seconds to play in its first official game since quarterback Andrew Luck unexpectedly announced his retirement Aug. 24 at the age of 29.

The touchdown came 16 plays and seven minutes, 52 seconds after Malik Hooker intercepted a Rivers pass in the end zone and returned the ball 26 yards to the Colts’ 20-yard line.

The Chargers received the kickoff to begin overtime and drove 75 yards on eight plays. Rivers began the drive by completing 18- and 17-yard passes to Keenan Allen and Hunter Henry. Ekeler ran 19 yards, his longest carry, on the fourth play, advancing the ball to Indianapolis ‘ 18-yard line.

The Chargers converted on seven of 11 third downs, 63.6 percent. Indianapolis converted seven of 13 third downs, 53.8 percent, and their only fourth down, which came on their game-tying drive in the fourth quarter.

The Chargers committed both of the game’s turnovers. In addition to Rivers’ interception, Desmond King muffed a punt in the third quarter that was recovered by George Odum on the Chargers’ 27-yard line.

Rivers completed 25 of 34 passes for 333 yards and three touchdowns with one interception in his 209th consecutive start. He was sacked four times.

Brissett completed 21 of 27 passes for 190 yards and two touchdowns and was sacked twice.

Hilton caught a 4-yard pass from Brissett 10:02 before halftime for Indianapolis’ first touchdown.

The Chargers opened the scoring on their second possession, as Rivers’ 1-yard pass to Ekeler capped an 11-play, 68-yard drive. The drive was extended by an unnecessary roughness penalty against Denico Autry on a 22-yard field goal by Ty Long.

Chargers scored on both their final two possessions of the first half on Rivers’ 28-yard touchdown pass to Keenan Allen and a 40-yard field goal by Long on his first official attempt in the NFL. Allen made eight catches for a game-high 123 yards.

Ekeler broke several tackles as he turned a short pass from Rivers into a 55-yard touchdown on the Chargers first possession of the second half. Ekeler caught six passes for 96 yards and ran for 58 yards on 12 carries in place of Melvin Gordon, who did not report to training camp as he seeks a contract extension.

Long also handled the Chargers kicking duties in addition to his punting responsibilities as Michael Badgley was inactive because of a groin injury. Long was signed by the Chargers Jan. 14 after two seasons as a kicker and punter with the Canadian Football League’s BC Lions. 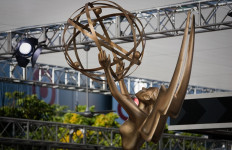