City planners in Riverside are seeking public input on proposed changes to the downtown and Eastside landscapes that will include expanded bicycle and pedestrian corridors, as well as new affordable housing units.

Meetings planned Thursday, next week and next month will focus on the “Pathways to Health” initiative, for which the city is seeking seven-figure grants from the state to fund.

“There is nothing more important than the health and safety of our residents, so this grant represents a real opportunity for Riverside,” Mayor Rusty Bailey said. “I encourage Riverside residents to come to the scheduled meetings, provide feedback by email and help the city put forth the best possible grant application.”

The application to the California Strategic Growth Council envisions extending bicycle paths and improving pedestrian walkways within an area bounded by 14th Street to the south, Third Street to the north, Chicago Avenue to the east and Brockton Avenue to the west.

Low-income housing would be constructed, and there would be upgrades to Bobby Bonds, Lincoln and Patterson parks — all of which are within the development area, city officials said.

Comparisons were drawn between the Pathways to Health initiative and the “urban village” concept for which the city of Ontario was awarded $35 million from the Strategic Growth Council last year under the Transformative Climate Communities Program.

Public meetings to gather input and provide residents an opportunity to see tentative project plans are listed below:

Residents can also read about and comment on the Pathways to Health proposal at the following website: www.riversideca.gov/pathwaystohealth .

Comments on the initiative will be accepted until Oct. 19. 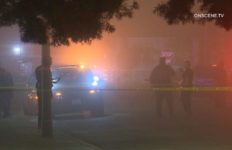