A member of the J. Paul Getty Board of Trustees and her husband, a former U.S. ambassador to the United Kingdom, have made a “transformative gift” to the Getty Museum that will establish a permanent endowment fund for the institution, it was announced Monday.

Attorney Maria Hummer-Tuttle has been a member of the Getty Board of Trustees for more than a decade, including four years as its chair. Her husband, businessman Robert Tuttle, was a U.S. ambassador from 2005-09.

“Bob and I have been honored to help the Getty pursue its global mission to advance understanding, appreciation and conservation of art,” Hummer-Tuttle said in a statement released by the Getty. “With this gift we hope to strengthen the Getty Museum’s ability to create world-class exhibitions for the Los Angeles region, to advance our work in critical K-12 education programs, particularly for those children most in need, and to enhance our programs in scholarship and conservation.”

In recognition of the donation, the position of museum director will be named the Maria Hummer-Tuttle and Robert Tuttle Director of the J. Paul Getty Museum.

“Maria Hummer-Tuttle helped establish a tradition of philanthropic giving to Getty, and this generous endowment gift will be a fitting legacy,” said David Lee, chairman of the Getty Board of Trustees.

According to the Getty, the couple have been longtime financial and organizational supporters of the museum. Hummer-Tuttle, as board chair, oversaw the expansion of the Getty’s fundraising efforts, including the establishment of the Patron Program and the J. Paul Getty Founder’s Society. The couple have also sponsored exhibitions, the Museum Arts Access education program and the Getty Research Institute’s African American Art Histroy initiative.

The exact amount of the donation was not revealed. 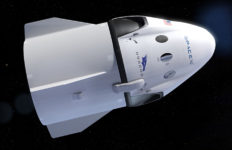