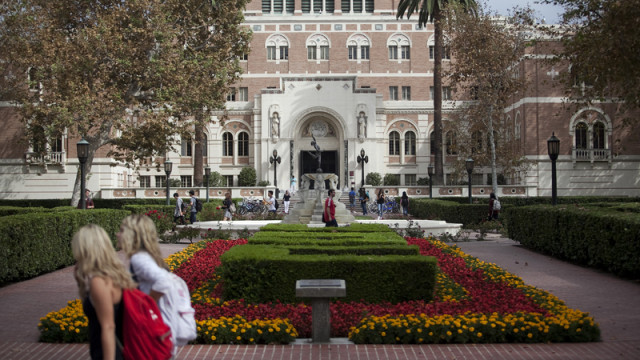 A state appellate court panel Wednesday turned down an appeal from one of the two men convicted of murdering two USC graduate students from China during an April 2012 robbery.

A three-justice panel from California’s 2nd District Court of Appeal rejected the defense’s contention that jurors should not have heard Javier Bolden’s statements to police incriminating himself in the April 11, 2012, attack on Ying Wu and Ming Qu.

They were shot to death as they sat in a BMW that was double-parked on a street near the USC campus.

“The totality of the circumstances establishes his statements during the recorded interview were voluntary,” the panel found.

The justices also rejected the defense’s contention that Bolden’s jailhouse statements to a confidential informant about the killing and a February 2012 shooting should have been excluded from his trial.

“Bolden freely and without hesitation bragged to the informant about what had occurred in both shooting incidents and details about his own participation,” the appellate court panel found.

The justices noted that “overwhelming evidence” supports Bolden’s first-degree murder conviction for the killings of Wu and Qu, adding that he was “convicted as an accomplice to the actual murderer.”

Co-defendant Bryan Barnes — described by the prosecution as a close friend of Bolden — pleaded guilty to a pair of first-degree murder counts and admitted that he used a firearm during the crime. He is serving a life prison term without the possibility of parole.

Bolden was also sentenced to life in prison without the possibility of parole.

The judge said Bolden showed “no remorse” during the trial and asked him, “How could you be gleeful about the nightmare you have caused?”

Deputy District Attorney Dan Akemon told jurors that Barnes fired two shots inside the car in which Wu and Qu were sitting and that Bolden told Barnes to “get what you can get” as the victims were dying in front of him.

Jurors found true the special circumstance allegation of multiple murders and murder during the commission of a robbery.

Along with the killings, Bolden was convicted of attempted murder for a Feb. 12, 2012, shooting about three miles away, in which a man suffered permanent brain damage, along with assault with a semi-automatic firearm on a woman who was shot in the leg by a stray bullet during that attack.

Convicted killer of Chinese USC grad students will have to serve life in prison without parole was last modified: January 27th, 2016 by Hillary Jackson