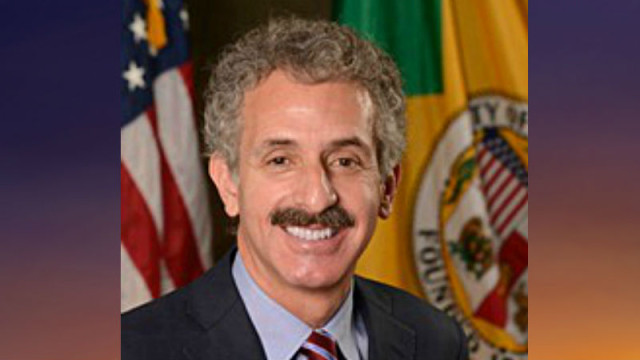 The buildings are on West 82nd Street. Two of them are used by the 18th Street street gang, and the third is controlled by the Hoover gang, according to city attorneys.

The lawsuits — filed Wednesday — ask the court to order the owners of the buildings to boost security, surveillance and screening on the premises in an effort to crack down on alleged gang activity there.

Feuer said his office has filed 39 similar actions since he took office in 2013. He said the lawsuits are an attempt at “taking back this neighborhood from the gangs and returning it to the residents who live there.”

Chief Charlie Beck, who joined Feuer at a news conference, said the actions, which are known as nuisance abatement lawsuits, “are not easy, but our communities deserve to be safe, particularly where families live and play.”

“These abatements are a valuable tool in our efforts to reduce fear and create communities that are free of narcotics trafficking and gang violence,” he said.

Two of the lawsuits target Mike Espinosa and Peggy Espinosa, trustees of the Espinosa Family Trust that owns a 9-unit apartment at 538 West 82nd Street and a 20-unit building across the street at 601 W. 82nd St. Nancy Osborne, another owner of the second building, is also included in the second action.

A homicide also allegedly occurred at the 9-unit apartment, and the properties have been the sites of dozens of arrests and investigations since 2011, with undercover cops allegedly able to buy drugs there as recently as January, according to city attorneys. Drugs sold at the properties include cocaine, methamphetamine and marijuana, they said.

The third lawsuit seeks injunctions at the 11-unit building at 723 W. 82nd Street owned by Summit Assets Group, LCC. The building is allegedly used by the Hoovers street gang and has been connected to several shootings, a stabbing, and a homicide in August 2015. Police have arrested several Hoovers gang members who possessed loaded guns at the property, city attorneys said.     He urged the public to use the online form at his website  or to call his office at (213) 978-8340 to report properties that are hubs of gang or drug activity. The tips may be made anonymously.