A woman whose Hollywood dead-animal store “Necromance” specializes in animal skulls, dried or preserved bats, spiders, shark remains and other creepy, crawly items, has agreed to plead guilty to violating the Endangered Species Act by knowingly importing protected dead seahorses and bat skulls without the proper permits, according to court papers obtained Thursday.

Nancy Delap Smith and her store at 7222 Melrose Ave. were each charged in January with misdemeanor counts of violating the federal statute.

In a plea agreement, signed and filed this week in Los Angeles federal court, Smith agreed to plead guilty to unlawful trade in protected species. A date for Smith to enter her plea before a judge has not yet been set.

According to Dictionary.com, “Necromancy” is a “method of divination through alleged communication with the dead; black art.” However, despite pictures of ancient animals and antiquated medical schools, there is no mention of magic or black arts on the store’s website. Among the items for sale on the site, however, are “one of a kind” opium and poison jars from the 1930s, a prairie dog foot brooch, a “real green scarab beetle” necklace and a “real human incisor (tooth) set in a sterling engagement ring.”

None of those items appeared to have anything to do with the federal legal case.

“The laws are designed to protect plant and wildlife that is threatened,” Assistant U.S. Attorney Dennis Mitchell said at the time. “In this case, documentation is needed to bring these items into the country.”

The case stems from packages sent from Indonesia to the store that were intercepted in March and May of 2011 by a U.S. Customs and Border Protection international mail facility.

Mailing labels identified the contents as containing keychains and freeze-dried bats “for educational study,” according to the declaration of a U.S. Fish and Wildlife Service agent who investigated the case.

The package also allegedly included a document “which incorrectly or falsely” stated that the shipment contained no species on the CITES  — Convention on International Trade in Endangered Species of Wild Fauna and Flora — checklist. The international agreement aims to ensure that trade in specimens of wild animals and plants does not threaten their survival.

The agent wrote that the second package, intercepted two months later, contained additional seahorse keychains and numerous bat skulls found to be protected under CITES.  An invoice described the seahorse keychains as a non- CITES item, according to the agent’s declaration.

Prosecutors contend that Smith was aware that the contents of the Indonesia shipments could contain protected wildlife products.

In exchange for Smith’s guilty plea, prosecutors have agreed to recommend fines and a probationary sentence that would include 200 hours of community service, court papers show. 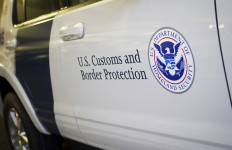 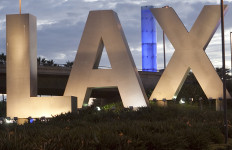 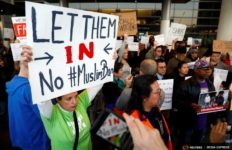