Prosecutors will ask a judge Thursday to set aside a former security guard’s conviction for the shooting death of an 18-year-old woman in a Palmdale park-and-ride lot nearly 17 years ago.

Jennings was a security guard at the parking lot where 18-year-old Antelope Valley College student Michelle O’Keefe was shot on Feb. 22, 2000.

“The Los Angeles County District Attorney’s Office has lost confidence in the validity of the conviction and requests that this court grant the habeas corpus petition and set aside Jennings’ conviction. Additionally, based upon the current state of the evidence known to us, the Los Angeles County District Attorney’s Office will not seek to retry Raymond Jennings for the murder of Michelle O’Keefe,” Spillane wrote in the letter to Los Angeles Superior Court Judge William C. Ryan.

The 42-year-old Iraq war veteran — who had been behind bars since his December 2005 arrest and was serving a 40-year-to-life term in state prison — was released from custody on electronic monitoring June 23 at the request of the D.A.’s office while law enforcement completed a new investigation into O’Keefe’s killing.

“We are prepared to say that the people no longer have confidence in the conviction based upon what we feel is third-party culpability,” Deputy District Attorney Robert Grace told the judge last year.

Jennings was convicted in December 2009 of second-degree murder by the third jury to hear the case against him. The first two juries deadlocked in a downtown Los Angeles courtroom and the case was eventually returned to Lancaster, where he was found guilty.

“There was never any evidence that actually connected Jennings to the O’Keefe murder,” defense attorney Jeffrey Ehrlich wrote in his motion seeking a finding of factual innocence for Jennings.

“The murder of Michelle O’Keefe was a senseless tragedy. That tragedy was compounded when the investigators and the original prosecutors who worked on the case developed `tunnel vision’ concerning Ray Jennings, and concocted a flimsy case against him based entirely of inferences that were unreasonable, lacked evidentiary support, or suffered from both flaws. Ray Jennings lost 11 years of his life as a result,” Ehrlich wrote in his filing.

“To its credit, the District Attorney’s Office agreed to take a new look at the case, and then re-opened the investigation into Michelle O’Keefe’s murder when the flaws in the original prosecution became clear. The wrongful conviction of Raymond Jennings not only deprived him of his freedom, but allowed the real killer to go free.”

Jennings’ attorney wrote that the district attorney and the sheriff’s department are “now seeking to build their case against the real killer or killers.”

“Their investigation continues, but it has progressed far enough to allow those agencies, and this court, to conclude that Jennings’ conviction should be vacated, and to find that he is factual innocent,” Ehrlich wrote.

The defense lawyer told reporters last year that Jennings “is not a murderer” and was “a witness to an awful, senseless, brutal crime.”

No one else has been charged as yet in connection with the killing, according to the District Attorney’s Office.

Jennings’ trial attorney, M. David Houchin — who represented him in each of the three trials — was in court as his former client was ordered to be released.

Houchin said then he was “just tickled to death” and has long believed that Jennings was innocent of the crime.

The victim’s father, Michael O’Keefe, told reporters after the hearing in June, “There’s a lot of information that I don’t know about. Just based on what I know, the fact is Mr. Jennings is still guilty until proven otherwise.”

But he acknowledged, “They’ve got something or they wouldn’t be doing what they’re doing … I know the importance of keeping things under wraps.”

He said he hopes “justice is served and that they look at all of the evidence, and I know they are.”

O’Keefe was shot four times after she returned to her blue Ford Mustang, which she left at the park-and-ride lot so she could carpool with a friend to a Kid Rock video shoot in Los Angeles, where they worked as paid extras.

Deputy District Attorney Michael Blake told jurors in Jennings’ second trial, “The mistake he made was assuming that she was a prostitute … Her fatal mistake in this interaction was standing up for herself.”

Houchin countered that there was no direct or physical evidence linking his client to the young woman’s killing.

At his sentencing hearing, Jennings turned toward the O’Keefe family and maintained his innocence.

“I sit here as an innocent man. And I’ve heard you speak on God, and as Christ as my Lord and savior, I will stand before God and this is one sin that I will not be judged for,” he said then.

In a December 2011 ruling, a three-justice panel from California’s 2nd District Court of Appeal rejected the defense’s contention that there was insufficient evidence to permit a rational jury to find beyond a reasonable doubt that he murdered O’Keefe.

The appellate court justices noted that “unidentified DNA found under her fingernails was not appellant’s” and hair found on her body was not from Jennings, but found that he knew details about O’Keefe’s murder that detectives had not publicly disclosed.

“In sum, although the evidence against appellant was circumstantial supported by his statements to investigators, we find the prosecution presented a case of sufficient strength that a rational jury could conclude beyond a reasonable doubt that appellant murdered Michelle O’Keefe,” the three-justice panel found.

The California Supreme Court refused in March 2012 to review the case against Jennings.

Ehrlich noted he began working on the case after the state appeals had been denied and while a federal petition was pending that “didn’t point out the problems in the case” and would have been denied if he had not asked for a stay in the proceedings to give the defense more time to examine the case.

Wrongly convicted for murder: Justice for Raymond after 17 years in prison→ 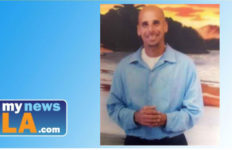 Wrongly locked up for 11 years for murder: Judge says wait some more to decide innocence→