A man was killed Friday evening when he was struck by two vehicles while crossing a street in South Los Angeles.

The crash was reported at 7:44 p.m. near the intersection of 87th Street and Western Avenue, said Officer Tony Im of the Los Angeles Police Department‘s Media Relations Division.

The pedestrian was struck by one vehicle and then run over by another, Im said. He died at the scene.

It wasn’t immediately clear if the pedestrian was crossing in a crosswalk.

Both drivers remained at the scene and are cooperating with the investigation, Im said.

Pedestrian dies after being struck by 2 vehicles on South LA street was last modified: February 10th, 2018 by Chris Jennewein 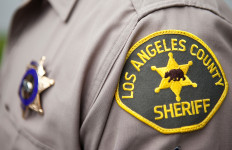