Having learned of the challenges created by the conduct of a self-represented hologram producer during jury selection for the trial of a sexual harassment lawsuit brought by a former employee, a judge who will preside over a similar case against the entrepreneur said Monday he may consider steps to revoke the defendant’s choice to act as his own lawyer.

Los Angeles Superior Court Judge Terry Green said he will not tolerate any “obstreperous” conduct by Alki David during trial of 35-year-old Lauren Reeves’ case, which is scheduled to begin on Sept. 9. He said he is putting together a “body of law” that would allow him to prevent unruly parties from representing themselves.

Jury selection is still ongoing in trial of a lawsuit brought by another David accuser, 32-year-old Elizabeth Taylor. The proceedings have been halted numerous times because Judge Christopher Lui has paused to warn David to stop using profanity and to cease lashing out against Taylor and her lawyer, Lisa Bloom.

Lawyer Ellyn Garofalo, who represents David’s companies that are defendants in both cases, including Hologram USA Inc., told Green that David may have an attorney represent him during the Reeves trial, but that the judge should assume for now that he will represent himself.

Garofalo said many prospective jurors in the Taylor case have asked to be excused on grounds it would be a hardship for them to serve on a lengthy trial.

According to Reeves’ court papers, she was hired by David in 2016 after pitching an idea for a show involving holograms, and he later put her in charge of booking high-profile comics for a theater he was opening in Hollywood.

She alleges he inappropriately touched her and made vulgar remarks and gestures that offended her. She maintains she was forced to quit six months after she was hired.

Taylor, 32, alleges David once picked her up by the ankles and walked her upside down around the office, exposing her underwear.

In April, a jury awarded $11 million in compensatory and punitive damages to a third David accuser, 42-year-old Chasity Jones, who alleged she was fired from her job as an account executive in November 2016 for refusing to have sex with him.

David was behind the hologram technology that brought slain rapper Tupac Shakur to Coachella in 2012 and saw the late Michael Jackson moonwalk at the 2014 Billboard Music Awards. 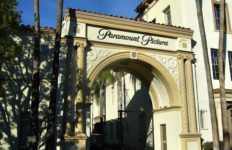