Kary Banks Mullis, who won a 1993 Nobel Prize in chemistry for developing a process of rapidly replicating DNA sequences — revolutionizing medical and scientific research and laying the groundwork for mapping the Human Genome — has died in Newport Beach, his family announced Thursday.

Mullis, 74, died Wednesday of pneumonia, according to his wife, Nancy Cosgrove Mullis.

Mullis was working as a chemist for Cetus Corp. in Emeryville in 1983 when he developed the polymerase chain reaction, or PCR, which allows for amplification and replication of specific strands of DNA. The process revolutionized the fields of biochemistry and molecular biology.

When accepting the Nobel Prize, Mullis said he came up with the breakthrough while driving from Berkeley to Mendocino, where he had a cabin. While traveling along a dark road, he “solved the most annoying problems in DNA chemistry in a single lightning bolt,” Mullis said.

The discovery of PCR has been credited with transforming genetic and forensic research and diagnostic medicine.

Born in North Carolina, Mullis earned a chemistry degree at Georgia Tech in 1966 and a doctorate in biochemistry from UC Berkeley in 1972. He was a postdoctoral fellow at the University of Kansas Medical School then spent two years doing postdoctoral work in pharmaceutical chemistry at UC San Francisco before joining Cetus Corp. as a DNA chemist in 1979.

After devising PCR, Mullis founded and served as an adviser for numerous biotech firms, and served as a consultant in nucleic acid chemistry for more than a dozen corporations. He lectured at colleges and corporations around the world and earned patents for various inventions, including a process for amplifying nucleic acids and a system for visualizing exposure to ultraviolet radiation.

In addition to the Nobel Prize, Mullis’ list of honors includes the Thomas A. Edison Award, California Scientist of the Year, National Biotechnology Award, the William Allan Memorial Award of the American Society of Human Genetics and the Preis Biochemische Analytik of the German Society of Clinical Chemistry and Boehringer Mannheim.

He authored numerous scientific publications, along with a 1998 autobiographical work, “Dancing Naked in the Mind Field.” 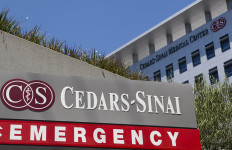