The group said it wants to promote greater cultural education and awareness and would draw on Villaraigosa’s experience in bringing together diverse communities across Los Angeles to foster mutual respect and understanding.

“The recent rise in anti-Semitism is symptomatic of a serious underlying problem in America,” Villaraigosa said. “Hate is driven by ignorance and isolation, and with today’s technology, bigotry can spread like wildfire through social media and smartphones.”

Network Chairwoman Vered Elkouby Nisim said Villaraigosa’s leadership and experience made him the ideal chairman for the task force.

“We look forward to working with the mayor to discover new ways to combat hate and intolerance to create safer communities,” Nisim said.

The effort to promote cross-community engagement will begin in early 2020.

According to its website, the Israeli-American Civic Action Network is “an advocacy organization dedicated to empowering Israeli-American immigrants, and allied communities, at every level of government, local, state, and nationally, to create change for a better America, a more secure Israel, and a stronger U.S.-Israel alliance through advocacy education, civic action, and campaigns and elections.” 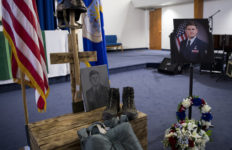