Cal State San Marcos will pay more than $240,000 in fees to settle a federal lawsuit by a pro-life student group, which alleged the school refused to fund the group’s effort to bring an anti-abortion speaker to campus, while allowing regular student fees to fund programs on the opposite end of the political spectrum, attorneys said Tuesday.

The school reached a settlement in the case brought by Students for Life President Nathan Apodaca, who alleged the school authorized $300,000 in student fees to fund the Gender Equality and LGBTQA Pride centers, but refused to pay $500 for Students for Life to bring its speaker to the school.

CSU San Marcos officials could not immediately be reached for comment.

As part of the settlement agreement, the university will revise its policies regarding mandatory student fees, which will only be used in the future “in a viewpoint neutral manner.”

Additionally, the CSU system will issue a policy directive to all university system campuses mandating that any use of student association funds for speech events “must be based on procedures and criteria that are viewpoint neutral” and “may not be based on the approval or disapproval of an organization’s or association’s viewpoint,” according to the settlement agreement.

“Public universities should encourage all students to participate in the free exchange of ideas, not create elaborate and secretive funding schemes to fund their favorite groups while excluding opposing views from equal access,” said Alliance Defending Freedom legal counsel Caleb Dalton, on behalf of the student group. “We’re grateful the district court rejected the university’s unfair, secretive and discriminatory policy, and that the university has agreed to allocate student fees only in a viewpoint-neutral manner, instead of picking favorites. The university system’s policy changes don’t simply benefit our clients but also benefit any student with a minority viewpoint and every citizen who cares about dialogue and intellectual freedom within our public colleges and university communities.” 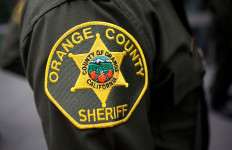