Backers of an initiative to seek congressional authorization to divide California into six states failed to gather enough signatures to qualify the measure for the ballot, the Secretary of State’s Office announced Friday.

The Six Californias initiative needed valid signatures from 807,615 registered voters — 8 percent of the total votes cast for governor in the 2010 general election — to qualify for the November 2016 ballot.

To move on to a “full check” of all petition signatures, the initiative needed to show a minimum of 767,235 signatures, but reports from election officials in all 58 counties based on the “random sample” method of verifying signatures projected 752,685 valid signatures, according to Deputy Secretary of State, Communications, Nicole Winger.

Venture capitalist Tim Draper, the initiative’s author, said the initiative “collected more than enough signatures” to qualify for the ballot.

“We are confident that a full check of the signatures would confirm that fact,” Draper said. “Six Californias will conduct a review of the signatures determined to be invalid by the registrars in several counties to determine if they were in fact valid signatures.

“The internal verification process conducted by our signature-gathering firm predicted a much higher validity rate than the random sample result.”

Draper said initiative backers would work with officials from the Secretary of State’s Office “to verify all of the signatures gathered during the petition process.”

Draper said he wrote the initiative because he “wanted people to have a choice, to be local to their state government and to be able to get a refresh so that schools, streets and waterways could improve, poverty would decrease and businesses would want to keep jobs here.”

Former Assembly Speaker Fabian Nunez, chairman of OneCalifornia, the committee opposing the initiative, called Six Californias, “a solution in search of a problem that didn’t address any of our state’s challenges.”

“It would have created massive inequities among our states and caused chaos in our state’s water, energy, higher education, transportation and other systems,” Nunez said.

Opponents and others expressed doubt Congress would have admitted five new states because of potential advantages of having 12 senators representing what was California instead of the current two.

Draper loaned the committee in charge of the signature gathering effort $4.15 million and donated another $750,000 to it, according to records from the Secretary of State’s Office. 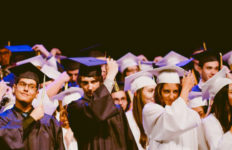 No tuition at UC, CSU? You may vote to make it happen→ 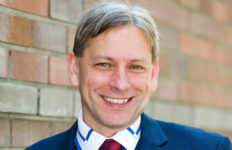