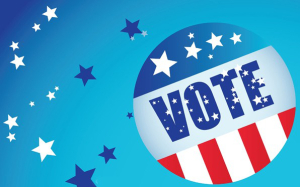 Brown has done little campaigning on behalf of his re-election, concentrating instead on trying to win passage of Propositions 1 and 2, the water bond and “rainy day” measures on Tuesday’s ballot.

Brown has also discussed California’s improved economy, reduced unemployment and increased spending for education since he returned to the governor’s office in 2011. His campaign website touts Brown’s efforts to reduce the state government’s debt, improve its credit rating and protect funding for education and public safety.

Kashkari is a former Treasury Department official making his first run for office. He has recently focused on the lawsuit seeking to overturn state laws governing teacher tenure and layoffs, criticizing Brown for appealing the ruling finding those laws unconstitutional.

“Jerry Brown had a choice — fight for our kids or side with the unions who have backed his political career,” Kashkari said in a recent campaign commercial. “Brown sided with the unions and he should be ashamed of himself.”

Brown joined state Attorney General Kamala D. Harris in a one-page appeal of Vergara v. California, arguing that “changes of this magnitude, as a matter of law and policy, require appellate review.”

Kashkari has also called for cancellation of the state’s high-speed rail project, calling it “a symbol of Sacramento having the wrong priorities” and dubbing it “The Crazy Train.”

Brown has long defended the project, claiming it will create jobs, transform the Central Valley and be cheaper in the long run than building or improving highways and airports.

Brown is running for statewide office for the seventh time. He has lost just one statewide election in California, falling to Pete Wilson in a 1982 bid for a U.S. Senate seat. Brown was first elected governor in 1974 when Kashkari was 15 months old.

The son of immigrants from India, Kashkari was raised in the Akron, Ohio, suburb of Stow and received bachelor’s and master’s degrees from the University of Illinois. He moved to California in 1998 and worked as a design engineer at TRW in Redondo Beach, developing technology for NASA space missions.

Kashkari returned to college and received an MBA from the Wharton School at the University of Pennsylvania in 2002, then worked in the San Francisco office of the investment bank Goldman Sachs, eventually leading its information technology security practice.

Kashkari was among several Paulson aides who wrote the legislation that created TARP, then oversaw it as interim assistant secretary of the Treasury for financial stability, a position he remained in during the initial months of the Obama administration.