Supervisor Hilda Solis called McDonald a proven leader and said she “will provide the seasoned command, leadership and management skills that the county needs right now.”

Solis said the board had been looking for a candidate with a commitment to both public safety and the rehabilitation of offenders.

McDonald — who stepped down from her role at the Sheriff’s Department earlier this year — was hired three years earlier by then-Sheriff Lee Baca in an effort to reform a culture of intimidation and violence against jail inmates.

McDonald spent 25 years working for the California Department of Corrections and Rehabilitation, starting as a prison guard and leaving as the undersecretary of operations.

Her work in Los Angeles County — which included reducing the number of inmate suicides and curtailing the use of extreme force to control inmates — was praised by Sheriff Jim McDonnell, as well as some civil rights advocates.

However, use-of-force was on the rise in the months before her retirement, a trend that continues, though related injuries have been fewer and less severe.

In a statement issued by the department, McDonald called it “an extreme honor and privilege to lead the committed public servants of the Probation Department, thousands of employees who are committed to finding innovative means to improve rehabilitative services and restore lives while keeping our communities safe.”

Mitchell retired in 2013 from Santa Clara County’s probation department, where she was credited with revamping the juvenile justice system to shift the focus from punishment to rehabilitation. The number of juveniles in custody dropped by more than 60 percent during her nine-year tenure, as the county emphasized community-based alternatives, according to The Mercury News.

Both are expected to step into their new roles in January.

The appointments come as the county works to reform its juvenile justice system to focus on restorative justice. The department has seen a spike in the use of force against probationers at juvenile halls and camps, with one April 24 beating by four officers caught on video at a Sylmar juvenile hall.

A working group is reviewing oversight of the department and considering whether a permanent civilian commission should be established as a watchdog entity. Supervisor Mark Ridley-Thomas has also proposed a short-term blue ribbon commission to look into abuses, a proposal that has been postponed until at least later this month.

Ridley-Thomas called McDonald “a proven reformer” and noted that “Terri and Sheila are already making history by becoming the first women to lead (the Probation Department). I hope they can steer the long-troubled department to a brighter future.”

McDonald will replace interim Probation Chief Cal Remington, who stepped in when Jerry Powers resigned his post after it was alleged that he had promoted a subordinate with whom he had a romantic relationship.

She will be responsible for the nation’s largest probation department, which supervises 46,000 adults and 7,800 juveniles with a budget of $820 million.

“Terri brings a deep commitment to public safety, a strong sense of empathy and compassion and the unique ability to effectively manage a demanding department,” Antonovich said. 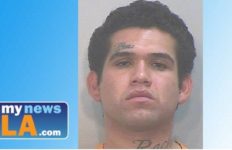 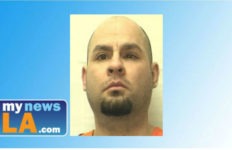