An envelope containing unbleached flour — but initially feared to be a possible biological agent — prompted the evacuation Monday of the Riverside County Sheriff’s Department headquarters and the brief hospitalization of seven people exposed to the harmless substance.

“We’re diving deeper into who sent this, how and why,” sheriff’s Sgt. Chris Willison told City News Service. “This is a criminal investigation.”

The flour, which frightened administrators into believing it was something far more sinister, was found in a letter delivered to the fourth floor of the administration building about 8:30 a.m., according to Willison.

The space is occupied by Sheriff Stan Sniff and all of the assistant sheriffs.

More than 100 people were evacuated from the building as a precaution, and seven people in the immediate vicinity of the substance were transported to Riverside University Medical Center in Moreno Valley and Riverside Community Hospital for evaluation.

All underwent examinations and were determined to be fine, according to Willison.

A hazardous materials unit conducted a sweep of the headquarters complex and found no threats.

“There were no harmful agents,” the sergeant said. “We were back to business as usual by 2 p.m.”

All sheriff’s personnel were temporarily relocated to the atrium of the County Administrative Center, directly across from the sheriff’s building in the 4000 block of Lemon Street. 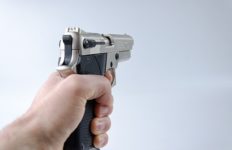 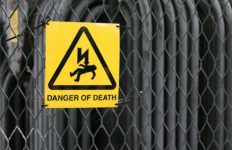