A federal judge Thursday barred the city of Los Angeles from enforcing gang injunctions, finding the civil court order that local police have used for decades is likely unconstitutional.

In her written order, Chief U.S. District Judge Virginia A. Phillips found that the injunctions didn’t allow for due process and that could have “truly weighty” implications.

Phillips found in the preliminary ruling that the city likely violated the Constitution by enforcing the injunctions without first giving accused people the chance to defend themselves.

A spokesman for the Los Angeles City Attorney’s Office did not immediately respond to a request for comment.

“Appropriately applied, gang injunctions are a valuable law enforcement tool intended to improve the safety of Los Angeles neighborhoods and stem the tide of drug dealing, assaults, and other violent crimes associated with gangs,” the statement said.

“It’s unfortunate that a judge would eliminate this important crime fighting tool instead of working to resolve any issues with its application. We urge the city to appeal this shortsighted ruling.”

In 2016, the ACLU Foundation of Southern California and others filed a class-action complaint against the Los Angeles Police Department and city officials on behalf of the Youth Justice Coalition, which has been advocating for residents it claims are unjustly accused of gang activity.

Peter Arellano, the lead plaintiff in the suit, had been placed under a gang injunction without a hearing or any other formal chance to refute the accusation he was in a gang.

Arellano wrote in his declaration that he has been stopped by police countless times in his Echo Park neighborhood since the age of 10 because he was assumed to be affiliated with the local Big Top Locos gang. “Police have assigned me several different (gang) monikers over the years, such as Pee-Dog, Listo, and Pee,” he claimed.

In September, Phillips suspended enforcement of the injunction against Arellano.

“This ruling sends the city a clear message: it cannot take away the basic liberties of Angelenos on a whim,” said Melanie Ochoa, an ACLU SoCal staff attorney. “The city’s use of gang injunctions has violated due process for nearly two decades, with no record of making communities safer. That ends today.”

The preliminary injunction expands the September ruling, lifting sanctions from nearly 1,500 Los Angeles residents who were put on the gang injunction list by the LAPD and City Attorney’s Office without due process, according to Ochoa.

The number of class members currently subject to the injunction dwindled from nearly 9,000 to 1,500 during the course of the lawsuit, because the city removed nearly 7,500 individuals from its enforcement list, admitting that it had no evidence that those individuals were active gang members, according to the ACLU. 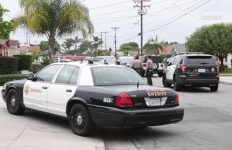 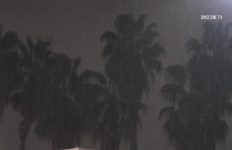