Ellen DeGeneres won an astounding 20th People’s Choice award Wednesday — among three for the night — but she’d probably swap them all to see President Obama stay in office.

On Thursday, the Medal of Freedom winner returned the love with a montage of the president (and first lady’s) appearances on her talk show.

“Today is the last day that Barack Obama will be our president,” she said. “I want to personally thank him for changing my life. I am a legally married woman because of him and so is my wife. His courage and compassion created equality for everyone. He moved us forward and made more happen in the last eight years than I ever dreamed possible.”

ET Online noted: “There were also touching moments – like when a young girl who dreamed of being president received the official presidential seal from Barack and the day the president publicly endorsed same-sex marriage,”

DeGeneres — whose latest People’s Choice awards were for animated movie voice in “Finding Dory,” favorite comedic collaboration and favorite daytime TV host — was only one of many celebs honored at the Microsoft Theater in Los Angeles. 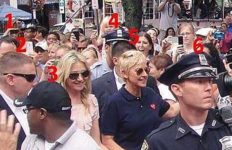 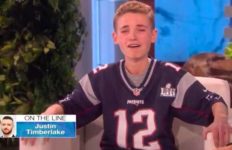 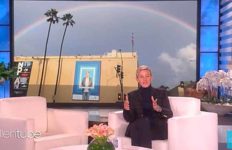