“He is on the mend,” NBC News told E Online.

“According to TMZ, the fitness guru was working out at a gym in New York City when he collapsed. A doctor happened to be at the gym and was able to administer CPR, using paddles to keep Harper alive,” said E Online.

“Harper said he woke up two days later in the hospital and remained there for an additional six days. Though he’s based in Los Angeles, TMZ reports he is still staying in NYC as his doctors have not cleared him to fly just yet.”

The 51-year-old reality TV star is now host of the show after being a trainer at the camp from 2005 to 2015. He says the cardiac’s cause is likely genetic, since his mother died of a heart attack.

Early reactions to the news:

Wishing @MyTrainerBob a speedy recovery! His experience is another reminder of why everyone should know CPR: https://t.co/YXtB189BVI

Prayers for Bob! Sounds like he is on the mend which is great news but get well soon brother! https://t.co/fkjTAu8ohC

If @MyTrainerBob can have a heart attack, there is no hope for the rest of us! #bobharper #heartattack

Bob Harper has a heart attack.
George W. Bush is the voice of reason.

This is it, folks. The end is near. 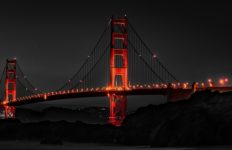