Contract negotiations are scheduled to get underway Wednesday between actors and the studios and TV networks that employ them.

The negotiations will involve SAG-AFTRA and the Alliance of Motion Picture and Television Producers, which represents studios, TV networks and independent producers. They’ll take place under a news blackout at AMPTP headquarters in Sherman Oaks, both sides said.

SAG-AFTRA ratified its last contract in 2014, when the late actor Ken Howard headed the union. The three-year deal included wage increases as well as a small increase in the union’s health and pension plans.

The actors are expected to use recent gains made by the Writers Guild of America and the Directors Guild of America as leverage. The Writers Guild ratified its new contract with the AMPTP  last week. They agreed on increases in minimum pay and residuals from streaming TV services such as Netflix and Amazon and secured $65 million more in contributions for their employer-funded health plan. The Directors Guild, which ratified its new three-year contract in January, secured wage increases and increases in streaming residuals.

SAG-AFTRA has about 160,000 members, including actors, announcers and broadcast journalists. The union is seven months into a strike against several video game companies over such issues as compensation and workplace safety for motion-capture and voice performers, The Times reported. 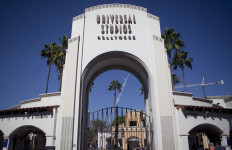